I had the honor of photographing almost the entire senior class at Snider High School in their caps and gowns.  The pictures will be used for their graduation ceremony.  The event itself was put together without much preparation, but in true Snider fashion, it ran very smoothly!  I didn't think very many students would show up, but once again, I was so impressed that almost everyone came.  The school spirit at Snider is strong!  As I went through the pictures, I found myself holding back tears as I looked at all the beautiful, unique individuals who are dealing with experiences they couldn't have imagined would replace what was supposed to be their special moment.  Their smiling faces didn't show anger or resentment, but pride and resilience to overcome whatever else life throws at them.  I truly believe these students have a bright future ahead of them.  Congratulations to the 2020 graduating class of Snider Panthers! 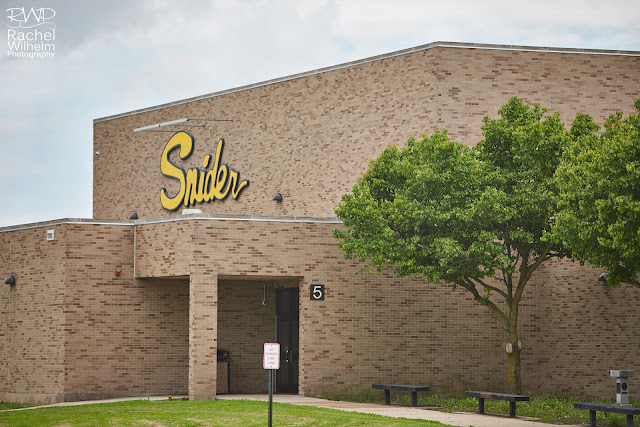 Sorry for the long absence.  Even though my studio has been closed, I did not intend to take such a long break from taking pictures and blogging.  I was looking forward to pushing myself to be creative and find new subjects to photograph.  I settled into a new routine that was working well for me, including adjusting my schedule for the fact that my husband, Joe, who is a teacher, was working from home.  Unfortunately, in the middle of April, Joe slipped and fell outside.  Normally, that wouldn't be a big deal, but Joe has a metal rod in his leg to replace the bone that was removed from having cancer as a child.   Even though he simply landed on his butt, he broke his tibia, fibula, and the metal rod where it was cemented into the bone.  He was sent to the ER, and I was not allowed to accompany him.   It was determined that he should see the orthopedic surgeon in Indy who had done the original surgery 17 years ago to remove the cancer in his leg and put the metal implant and artificial knee in.   The surgeon couldn’t see him right away so he was sent home that night in a splint.  The following days were long and tiring with neither of us sleeping well, but they were also uneventful in the best way possible.  Joe was on crutches, but I had to carry his leg for him because the splint wasn't enough to hold his leg together.
My parents loaned us their van, and I drove him to Indy later that week.   His doctor said that he has seen this happen before, and that only the simplest surgery would be approved right now.  Joe’s understanding was that only the metal rod would be replaced and that he would not get a new knee or the rod lengthened so that his legs would be the same length.  He was actually really happy to hear that because he knew that would be a very fast recovery time.   He was sent home from Indy in a cast which was better, and we both slept fairly well for the next few nights out of pure exhaustion from the previous nights without sleep.  I still had to hold Joe's leg for him as he moved since there was nothing preventing his foot from rotating.
The following Monday, we went back to Indy for a pre-op appointment and then spent the night in a hotel across the street from the hospital.  I dropped him off at the door of the hospital at 5:30 am on Tuesday for his 8 am surgery.  Back at the hotel, he texted me saying that the plan was to replace his knee as well as the rod (but still not lengthening the rod to the full extent needed to get his legs to be the same length).  He wasn’t sure he was ready for that, but apparently that was already the plan from the beginning, and he must have misunderstood.  At 10:21 am, I got a call from the doctor saying that the surgery went well and according to plan.  I grabbed my stuff, checked out of the hotel, and drove home.

Two days later, I drove back to the hospital in Indy to pick up Joe.  He was in a full leg immobilizer so that he couldn't bend his knee.  He was very uncomfortable in it which has meant that we still weren't sleeping well.  However, he could finally move on his own without me holding his leg for him since it was finally set properly.  He said using the crutches was like riding a bike and he found that he was quickly able to figure out how to get around without assistance.  We returned a week later for his post-op appointment.  We thought the staples would be removed at that point, but the doctor felt the incision wasn't healed enough.  Joe did get his leg cleaned and new bandages put on which helped immensely with the smell we had dealt with since the surgery.  Then we headed back home to continue waiting.  We endured more nights of not sleeping well as Joe constantly struggled to get comfortable and stay comfortable enough to sleep for more than a couple hours at a time.
A week later, we were back in Indy for another appointment.  This time Joe got all 73 staples removed.  He was sent home in the immobilizer, but was told he could take it off whenever he wanted.  I think it came off that evening and was never put on again.  The following week was the beginning of PT for Joe and of numerous phone calls to try to understand the bills we got from the ambulance company.  He really likes his therapist, Aaron, but Aaron's opinion was that Joe would be in therapy for 6-12 months, and Joe wants to do it in 3 months, so we will have to wait and see who is right.  Hahaha!  So far, Joe is doing PT 3 times a week and making incredible progress!  He quickly got down to using just one crutch, and I often seeing him walking without anything.  Since his legs are closer to the same length now, he finds it a little easier to walk without shoes on, especially since all his shoes have a lift that is too tall now.  Joe will continue to have follow-up appointments in Indy, but they will not be weekly.  His next appointment is in June, and they will be checking to make sure everything looks good as well as getting a measurement of the new length of his leg so we can get new shoes ordered with the correct size of a lift.
As difficult as this has been, we have SO much to be thankful for!  From the beginning, even when Joe was sitting in the grass holding his broken leg as he waited for the ambulance to arrive, he experienced almost no pain, just discomfort.  We continually felt an abundance of calm and peace knowing that God was and always is in control.  We noticed God’s perfect timing working in many ways.  We have felt so loved and well cared for by friends and family.  We are continuing to trust in God’s perfect plan for us as we navigate these strange times.
In the midst of all the struggles, Joe surprised me with having this GORGEOUS bouquet of roses delivered to our house.  It was such a sweet, thoughtful gesture, and of course I had to take a lot of pictures of them!  Joe is an amazing man, and I am SO blessed to be married to him! 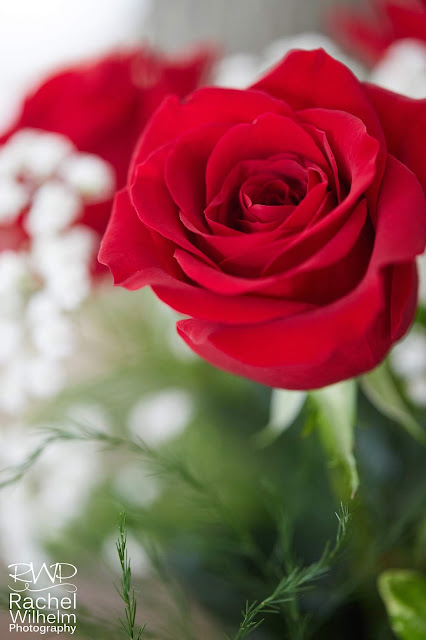 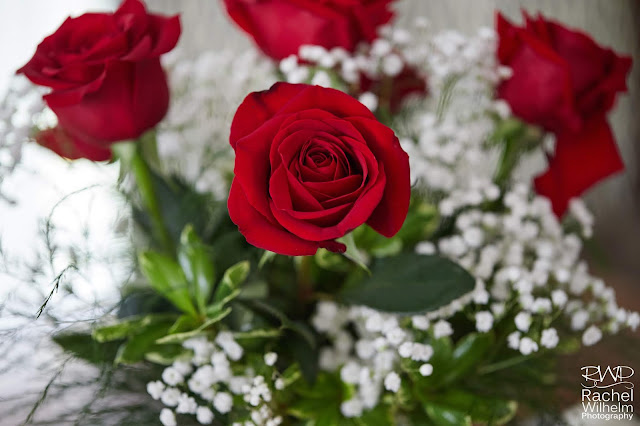 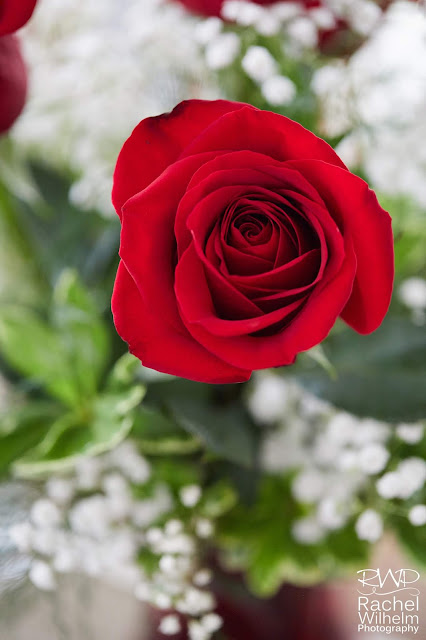 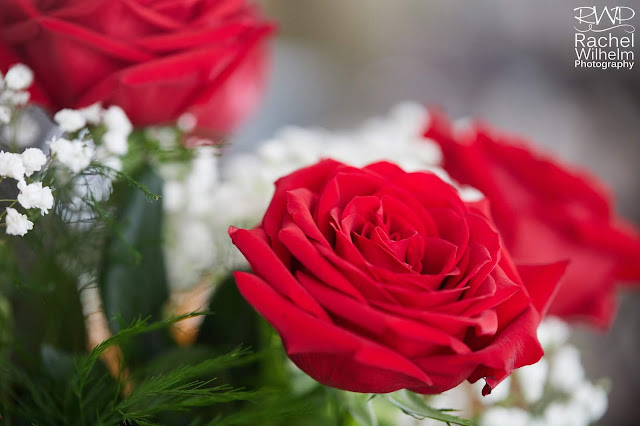 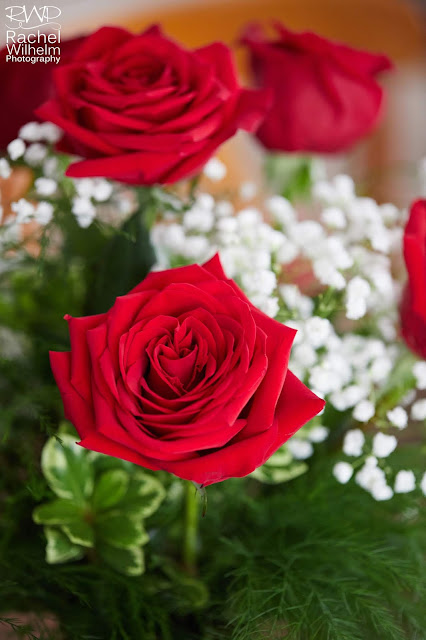 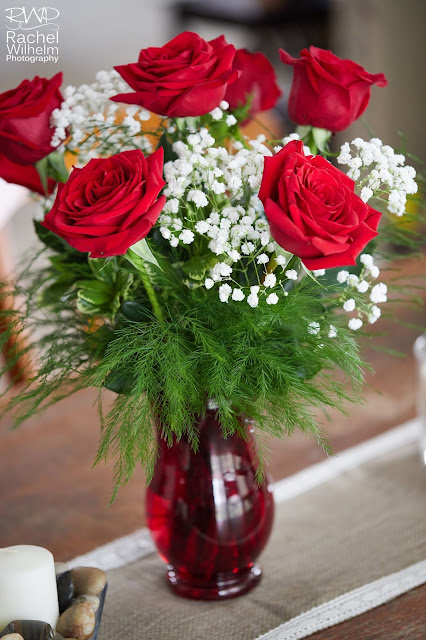 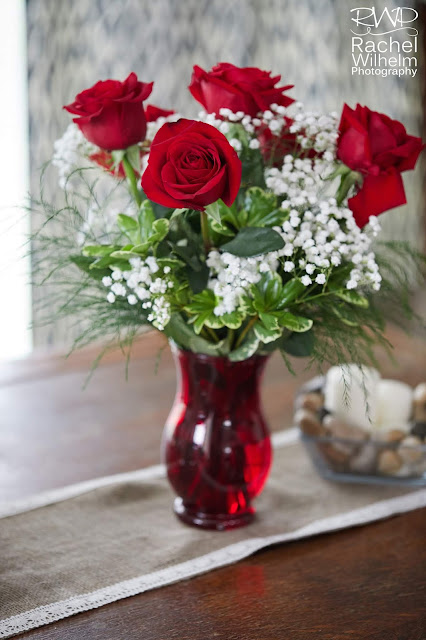 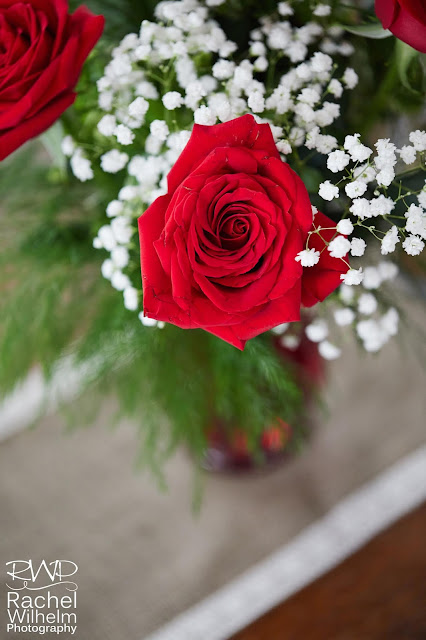 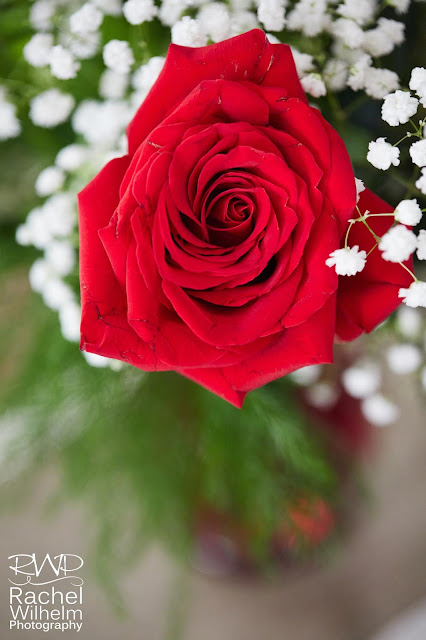 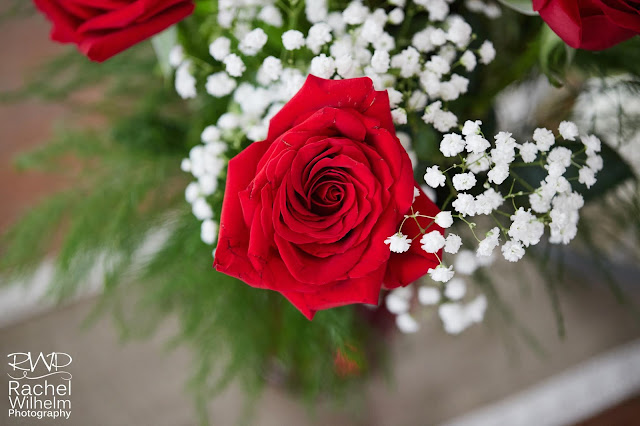 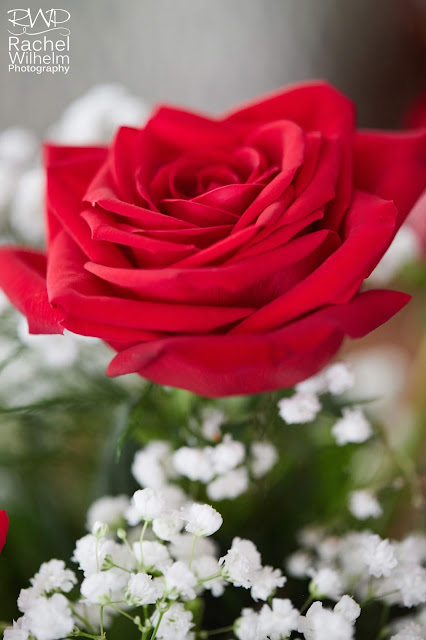 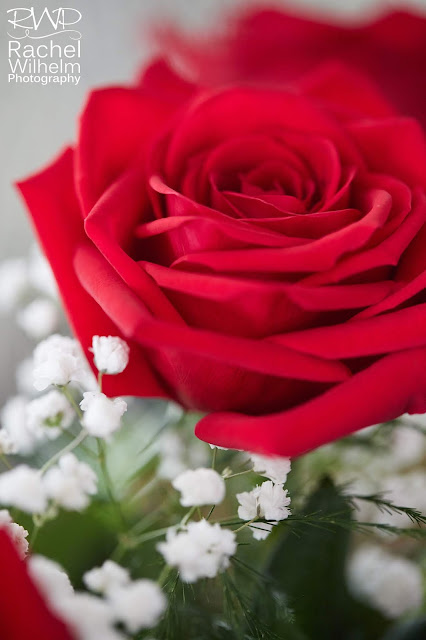 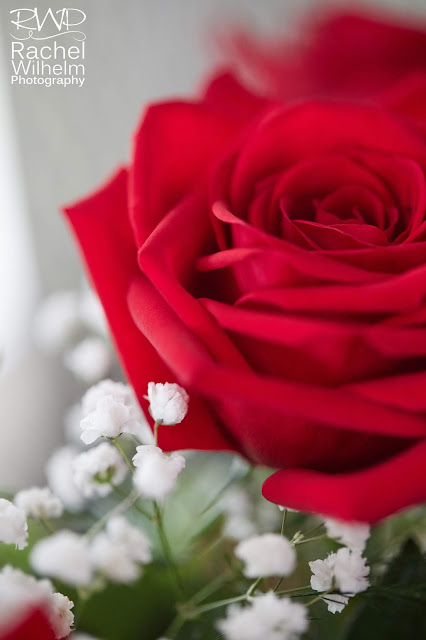 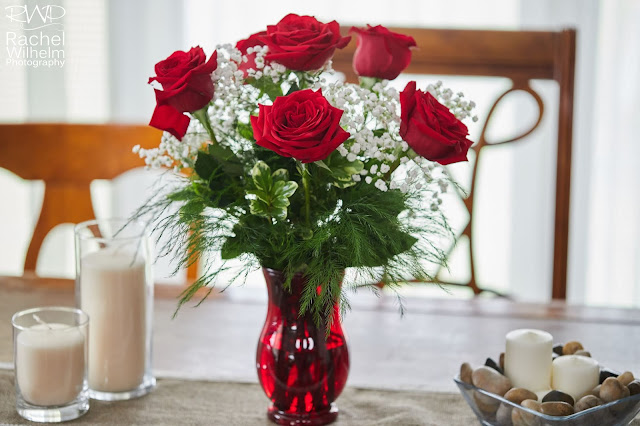