This precious little girl was born on September 4!! I have known this wonderful family for a couple years now, and I was so excited to be able to take pictures of the newest member of the family!! Brad and Jolene are in a small group with me and my husband, and their oldest daughter, Cora, was a part of the youth group that my husband and I also help out with. (I had the privilege of doing Cora’s Senior Pictures which you can find on here as well.)

I knew before the photo shoot that Natalie doesn't enjoy being naked, but I wanted to try surrounding her with enough soft blankets to see if she would decide that she didn't mind. Thankfully, my plan worked and she fell fast asleep. This adorable hat was made for me by Vicci from Vicci's Little Critters! You can check out the great stuffed animals she makes by going to her website at www.viccislittlecritters.com or her etsy store at https://www.etsy.com/shop/ViccisLittleCritters. :)

I was very pleased and surprised that Natalie managed to stay asleep while I kept moving her around. 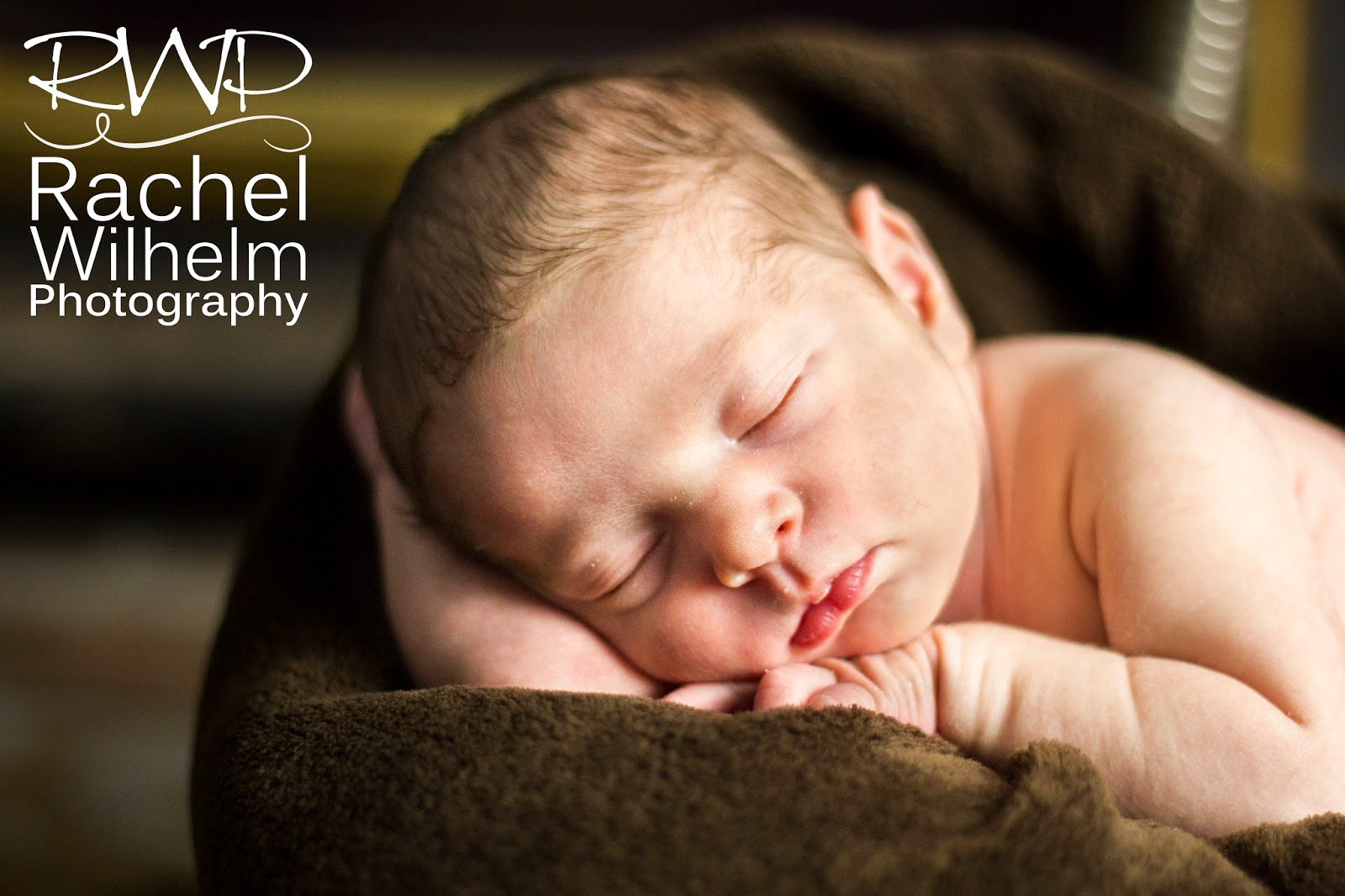 She often would let out one loud cry when I would first begin moving her to a new position but then she would instantly go back to sleep. 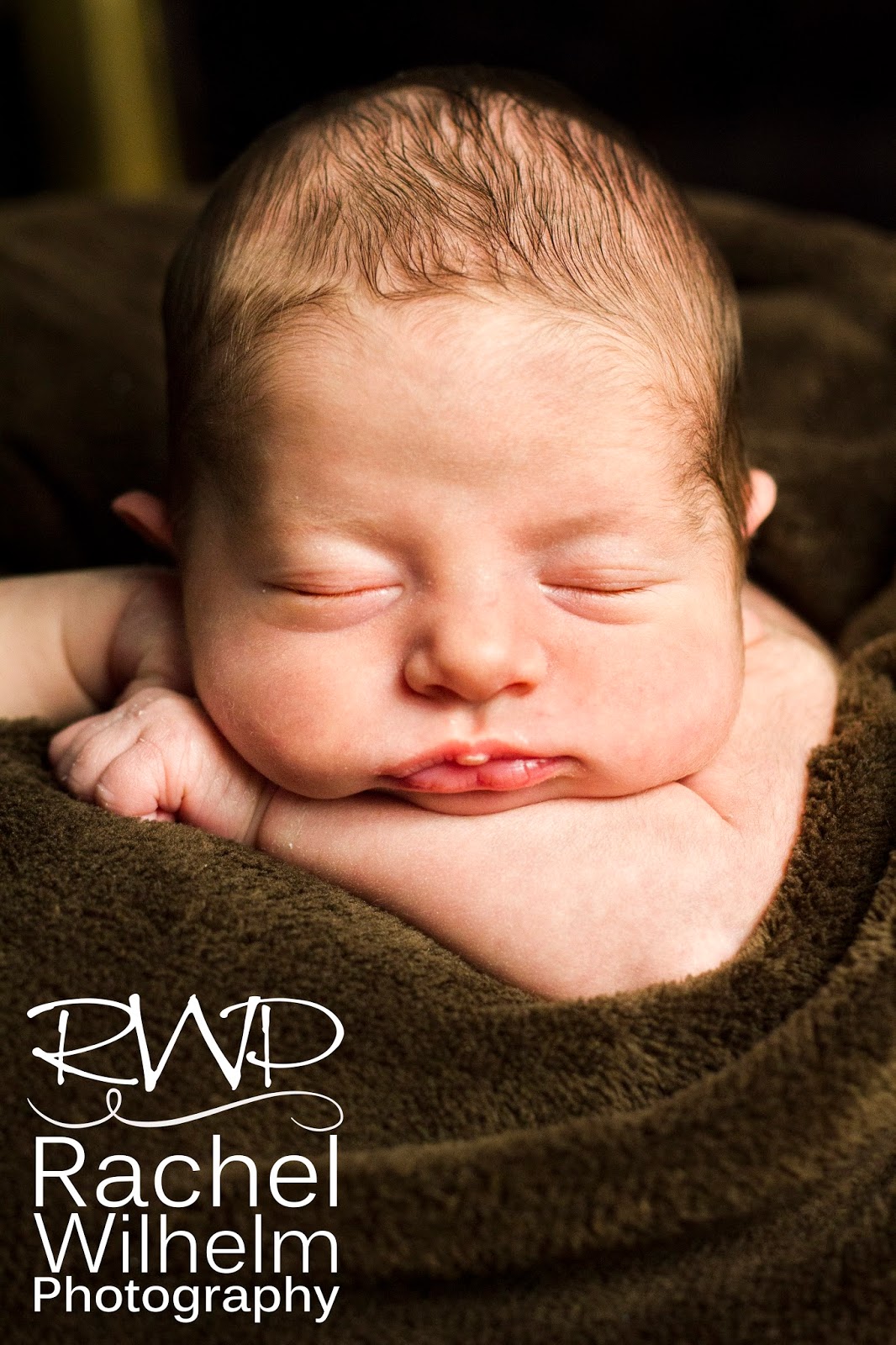 When I was talking with her parents prior to the photo shoot to make sure I had everything, the topic of bows, flowers, and other frilly things came up. Brad, Natalie’s dad, made it clear that he didn’t want to see her in those types of things. He also told me that he wasn’t planning on being present during the photo shoot. So, Jolene and I had a lot of fun putting Natalie in all kinds of frilly things. :) This one is for you, Brad! :) 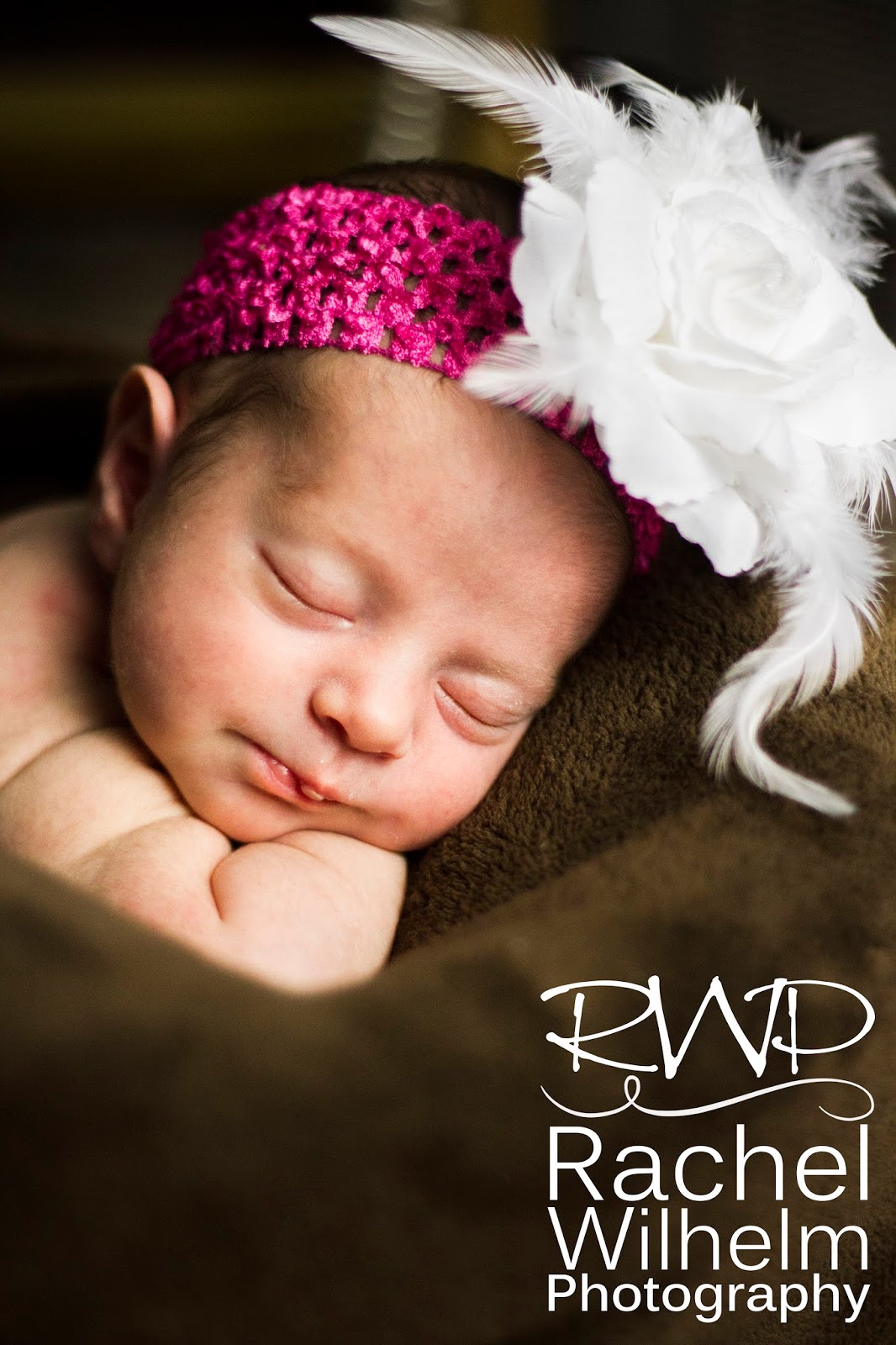 Natalie REALLY didn’t like when I put her in this little tutu. She got pretty loud, but surprisingly, she just fell asleep again so I was able to capture how cute she looked in it!! 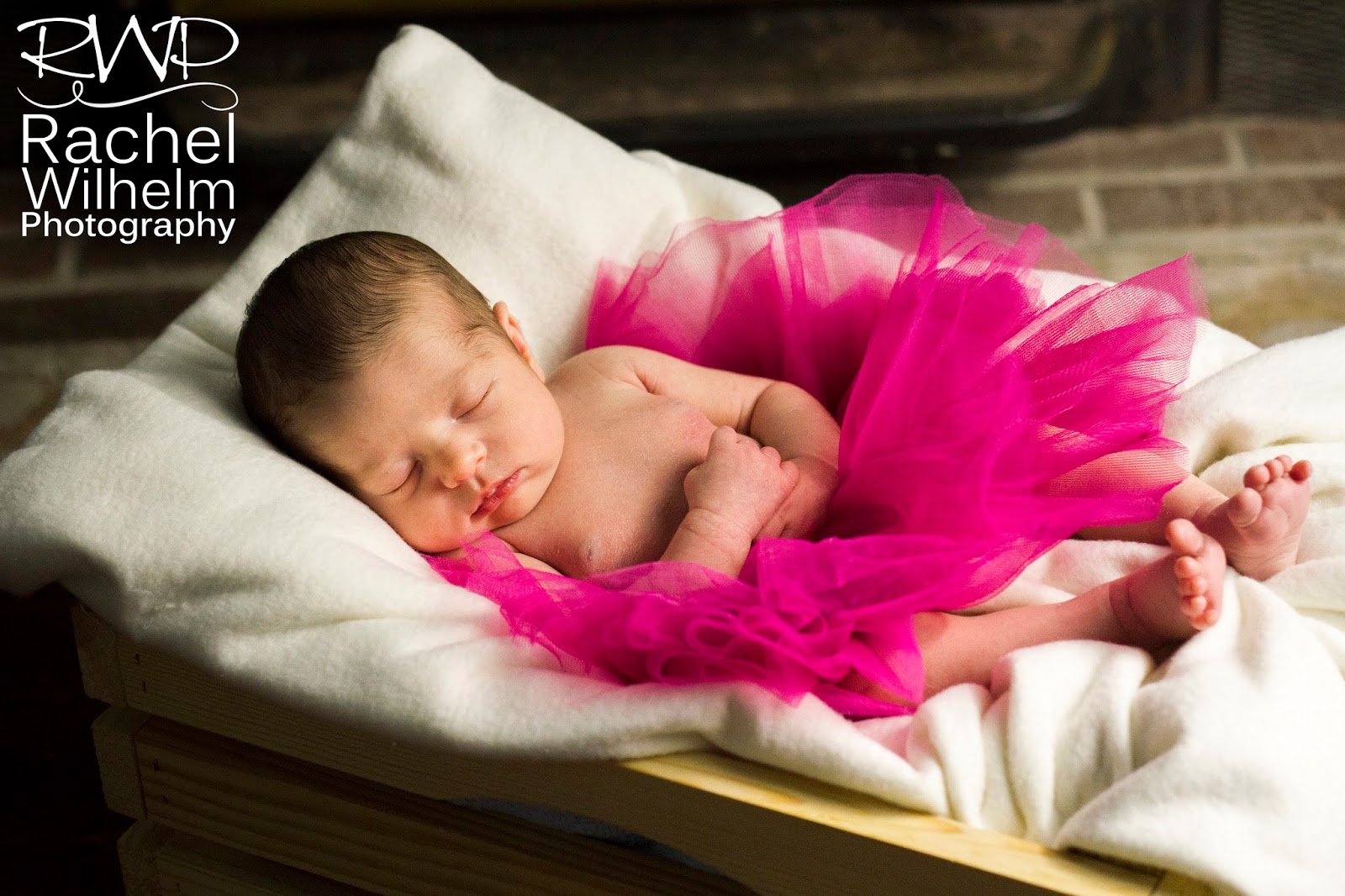 All in all, I think that Natalie was probably the easiest baby I have ever photographed. She was so laid back. I mean, sure, she let me know every time she didn’t like something, but she always just fell back asleep. 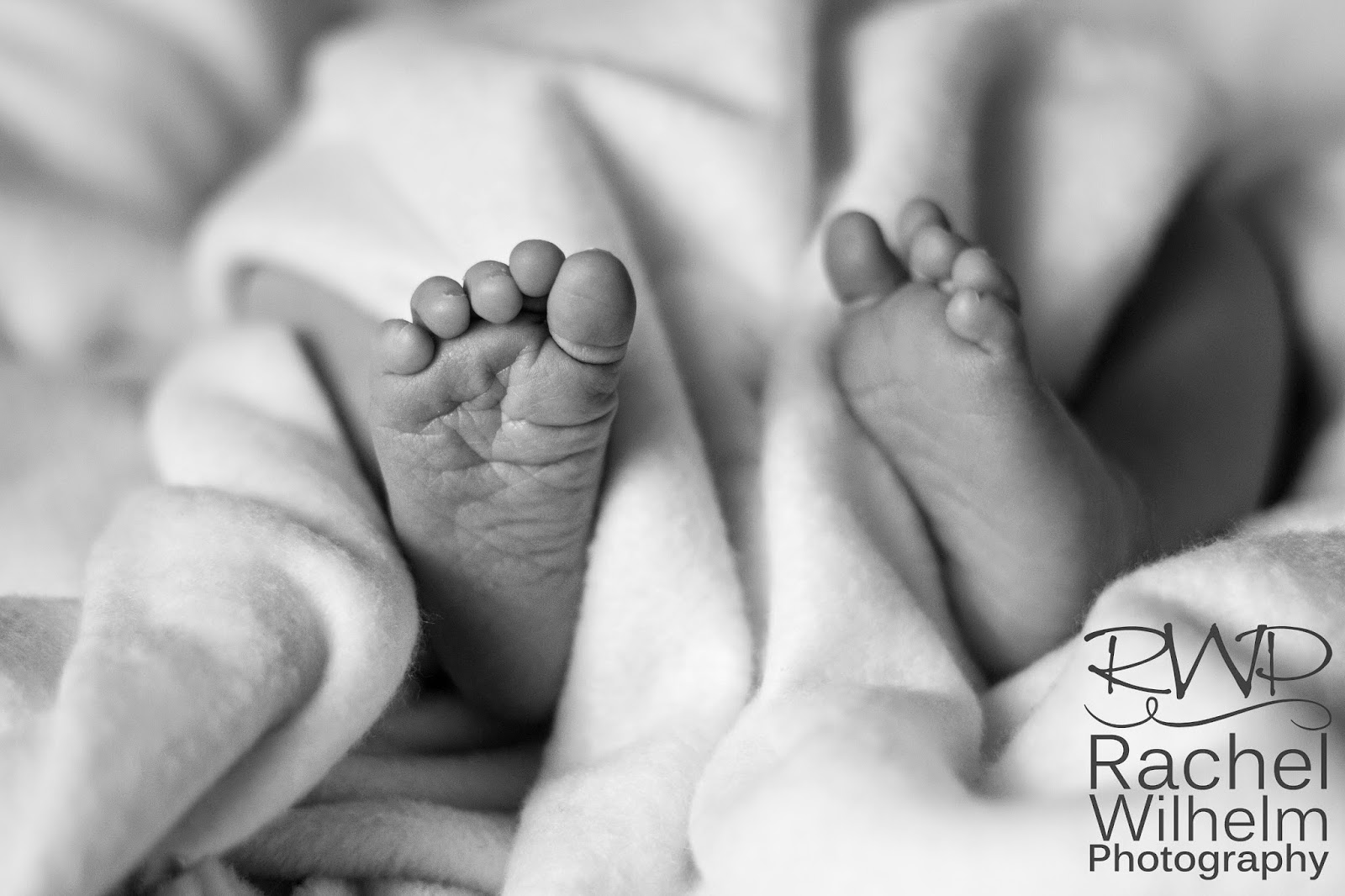 I had a great time taking pictures of this beautiful little girl!! Thank you Brad, Jolene, and Cora for letting me invade your home for a few hours and steal Natalie away from you!! And Congratulations!! :)
Posted by Rachel Wilhelm Photography at 10:46:00 AM No comments:
Email ThisBlogThis!Share to TwitterShare to FacebookShare to Pinterest
Labels: babies, FortWaynePhotographer, newborn, photography, RachelWilhelmPhotography

These two girls were fun to work with! They were a little crazy when we put them together, but hey, what else would you expect from sisters? :)

I caught them holding hands! It was so cute!! :)

Emmy lost her tooth the day before our session. :)

I always saw the most genuine smiles from Emmy when her mom would tell her NOT to smile. It was so cute! :)

Emmy hugged me a few different times and let me tell you, she is good at giving hugs! I didn’t think she would be that strong, but she can give a nice squeeze. :)

She was such a sweetheart. :)

Audrey was almost always on the move!! Doesn’t she make an adorable lady bug?!?!

We were able to contain her outside at the park by putting her on the bench or a blanket. She refused to leave the either of those because she didn’t want to get her feet wet from the dew on the grass. :)

She loved playing with her flower so much so that she kinda destroyed it by the time we were done. :)

This picture is her blowing me a kiss. She seriously melted my heart when she did that! Isn’t she so precious?!?! :) Oh, and we gave her a new flower that was a little more sturdy... :)

Emmy was trying to help Audrey smell the flower. :)

Posted by Rachel Wilhelm Photography at 10:45:00 AM No comments:
Email ThisBlogThis!Share to TwitterShare to FacebookShare to Pinterest
Labels: child, children, FortWaynePhotographer, photography, RachelWilhelmPhotography

I am so glad that I was able to do this photo shoot for this wonderful family reunion to celebrate the life of a wonderful mom! I had a lot of fun with everyone! I knew I only had an hour so I wanted to move fast. I didn’t want to waste any time, so I started by getting some individual family shots as we waited on everyone to arrive. This is my favorite shot of the guest of honor, Mom, who was there celebrating her 80th birthday with her husband at her side and with all of her family. 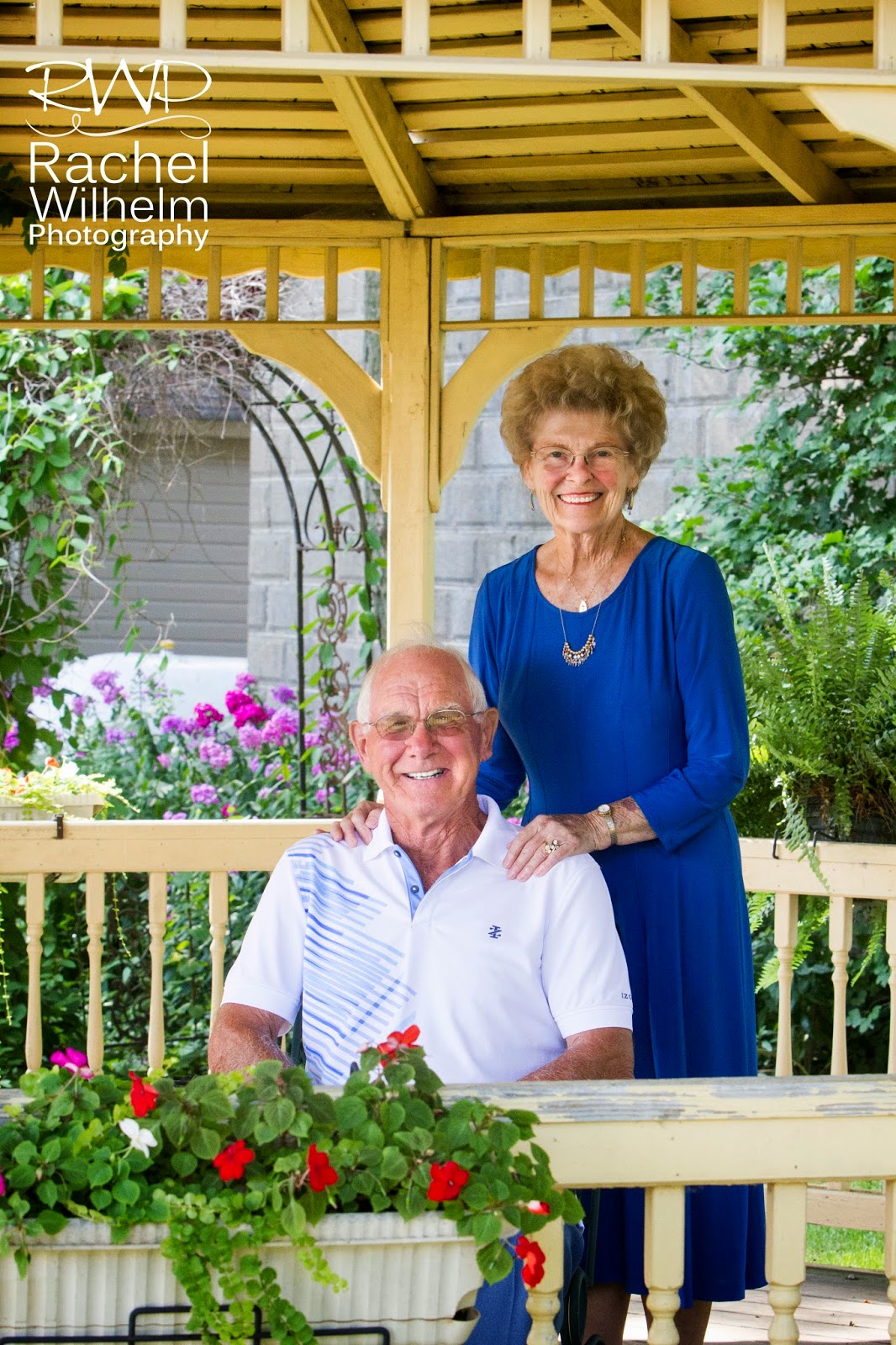 As soon as everyone was there, I got the chance to get some of the really fun shots like this one of mom and dad with all of their great-grandchildren!! 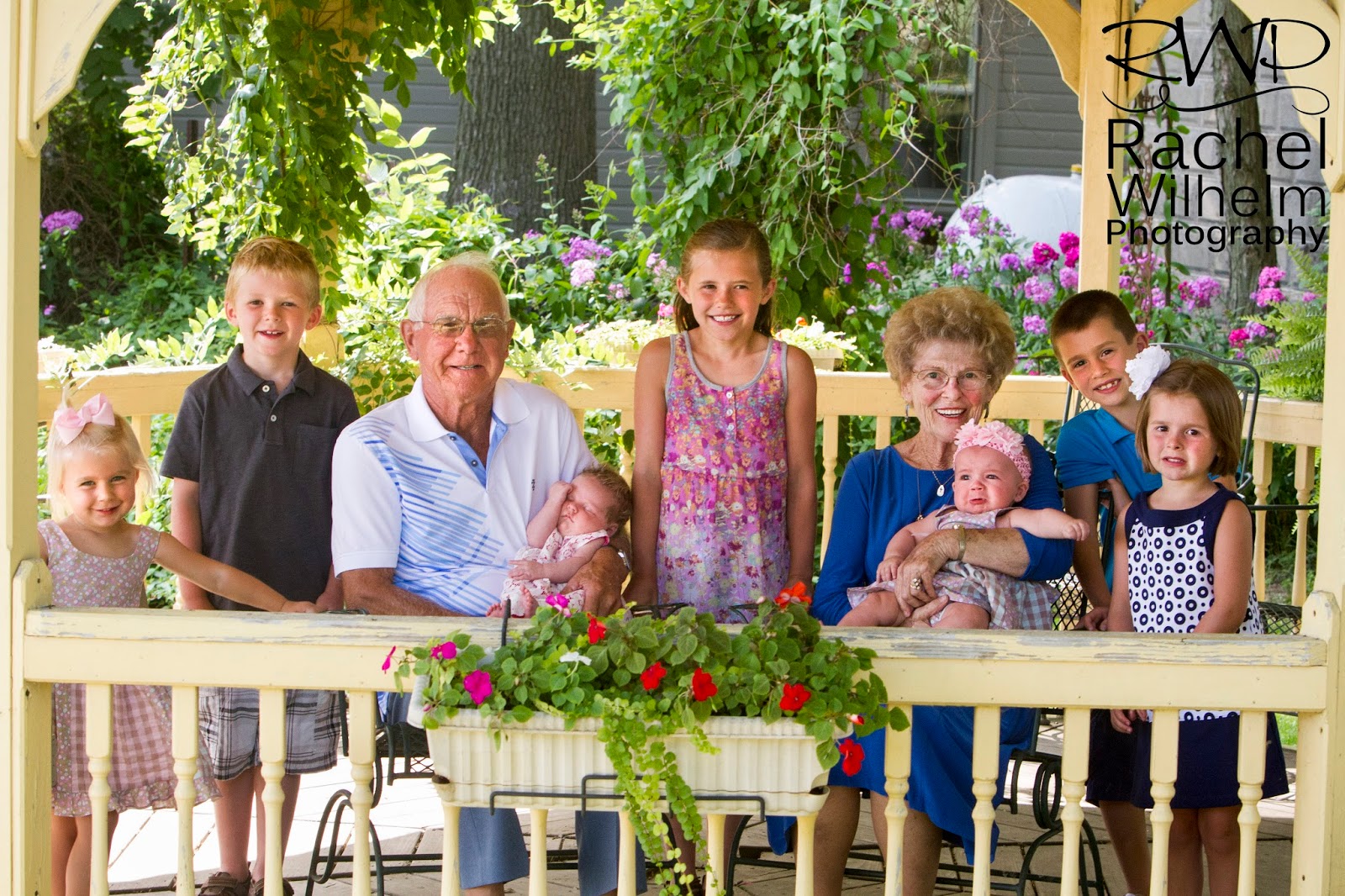 I also enjoyed getting some four generation shots from both sides of the family! 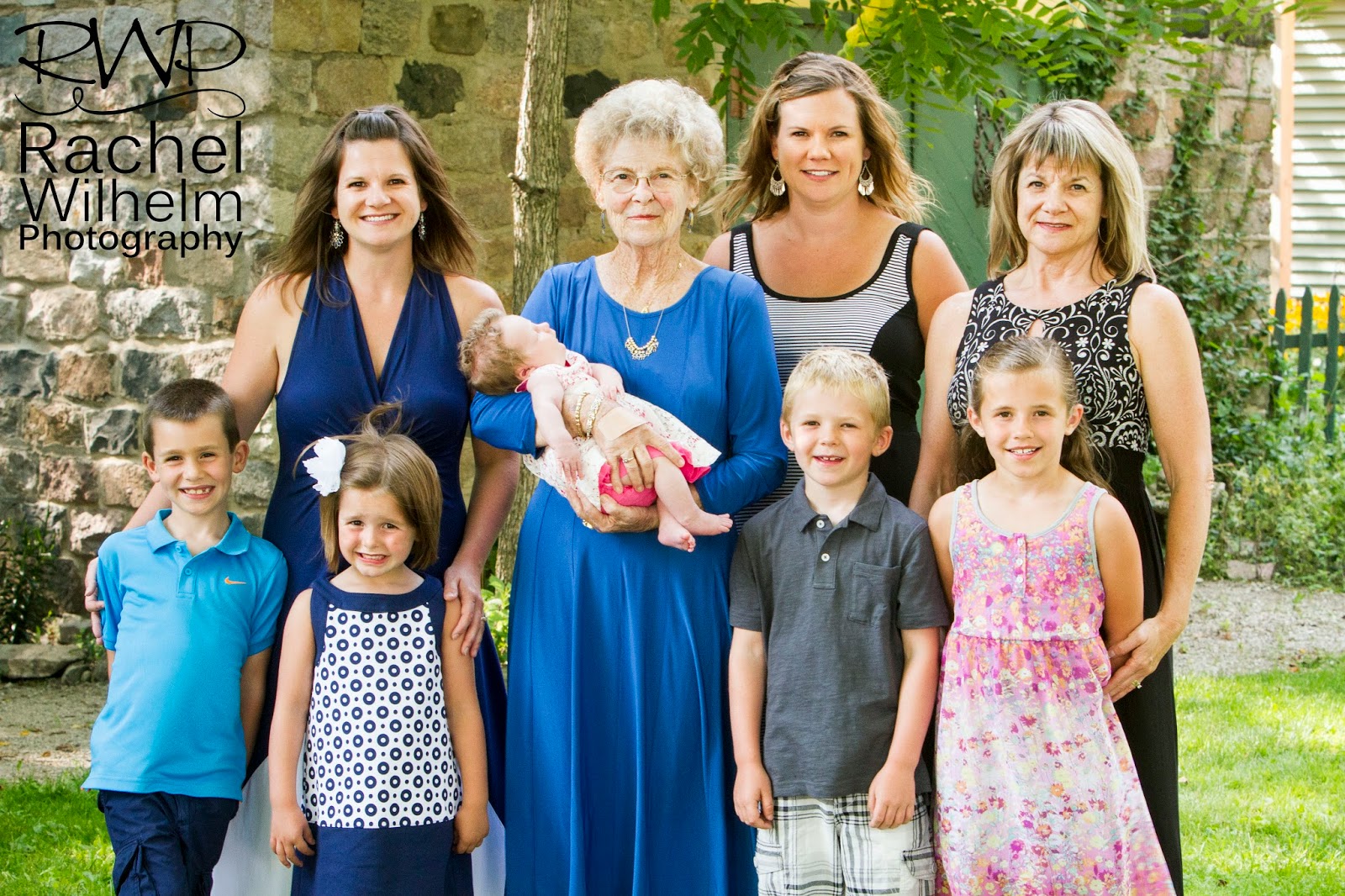 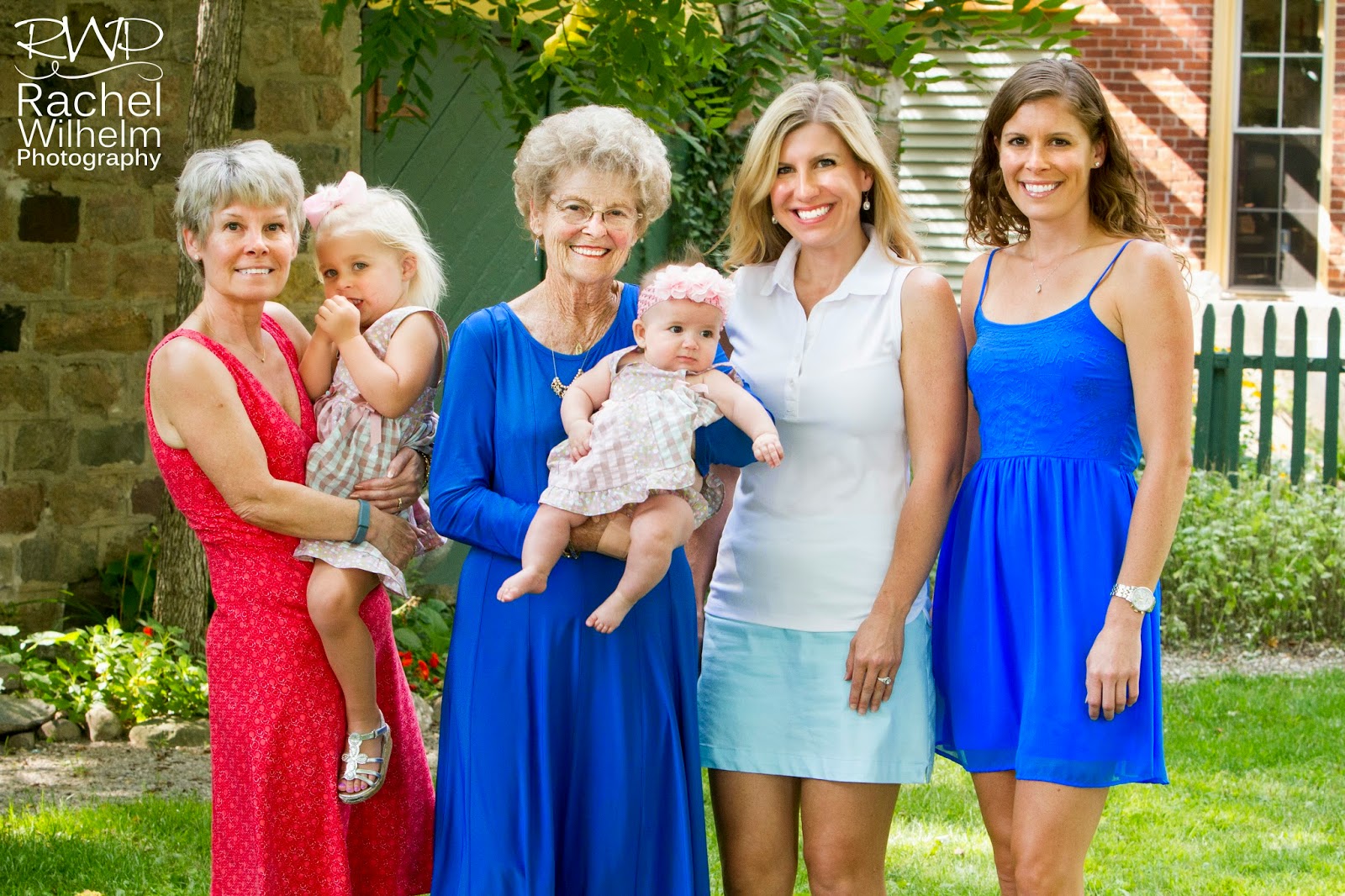 And then of course, it was time to get the entire group together! 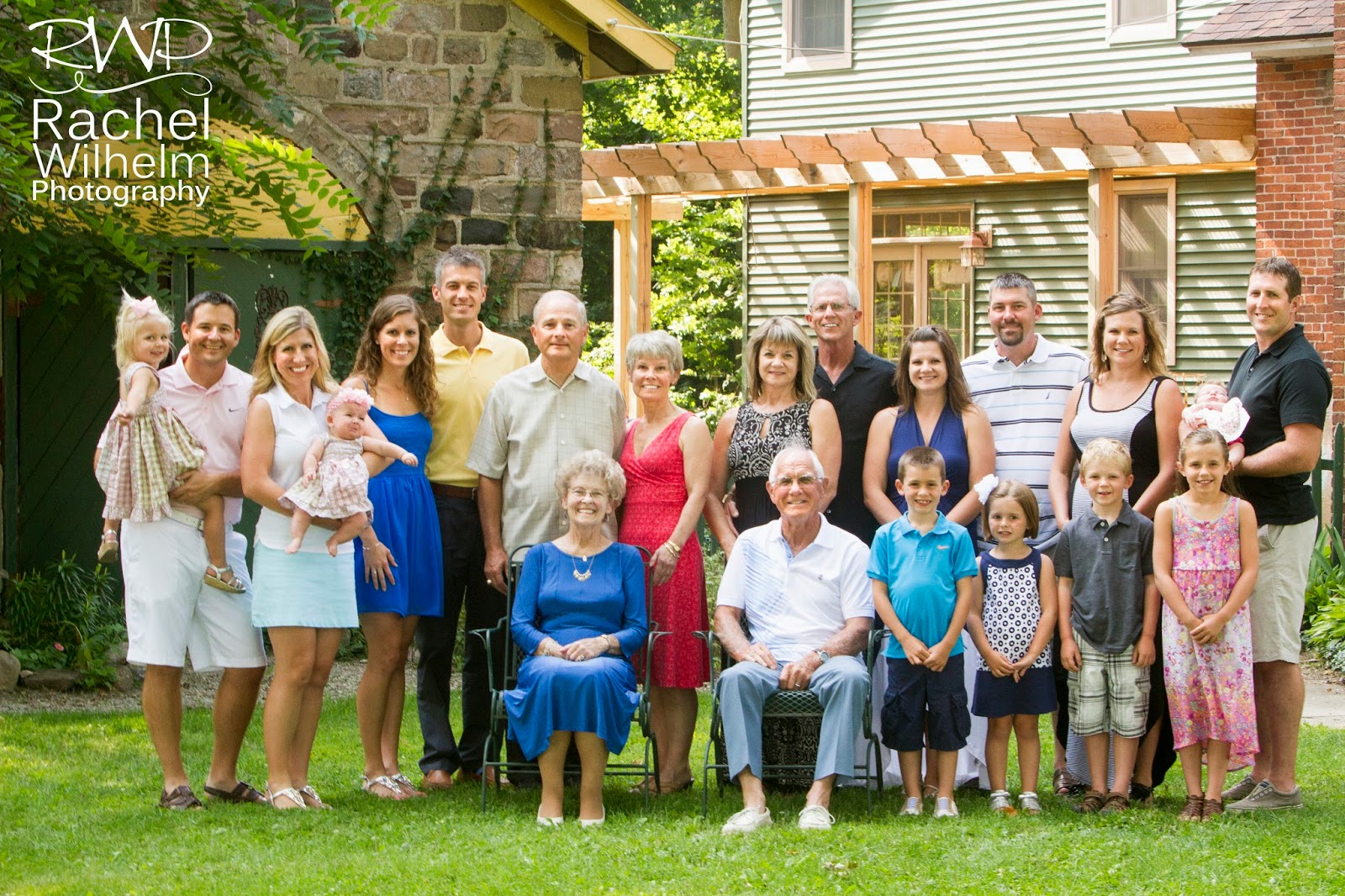 Thank you for a fun evening taking pictures of a fun family!! I really enjoyed getting to meet everyone!! :)
Posted by Rachel Wilhelm Photography at 10:34:00 AM No comments:
Email ThisBlogThis!Share to TwitterShare to FacebookShare to Pinterest
Labels: family, FortWaynePhotographer, photography, RachelWilhelmPhotography

Friday, I got the privilege of meeting these adorable newborn twins, Logan and Landon! I had so much fun taking pictures of them! They are identical twins, and they were born on July 24! Logan is about 2 pounds bigger than Landon which was mostly only noticeable when they were side by side.

I was initially planning on getting most of the pictures of them together. I had never photographed newborn twins before, so I was just going to try a couple of things and see what would work and what wouldn't work. I quickly realized that I wasn't going to get them both happy at the same time. Logan was fussy, so he got to eat while I focused on getting pictures of Landon by himself. It didn't take long to realize that Landon didn't want to sleep. He fought going to sleep for so long!! Even though he was awake, he stayed very quiet and mostly just wiggled. :)

The hat was too big for him, but I couldn't resist using it anyways because he looked too cute in it!! (Thanks Vicci for making these adorable hats!! If you would like a hat or one of her amazing stuffed animals, check out her website http://www.viccislittlecritters.com or etsy store https://www.etsy.com/shop/ViccisLittleCritters.)

When Logan was happy, we added him in, and I tried getting pictures of them together again. This time Landon got fussy, so he ate while I got pictures of Logan by himself.

After a bit, we tried again to get them together, but they still wouldn't have it for very long. I was able to get this cute shot of them together. :)

We spent some time changing diapers and feeding them again. And then when it was time to get them back into position, I realized that part of the problem could have been that they didn't want to be on the floor. I decided to try sticking them both into a basket since they each seemed to like that for their individual pictures. My idea worked perfectly!! They were both so comfortable that they fell fast asleep, and I was able to move them around to almost any position I wanted them in. (I have no idea how they slept in some of those positions, but they really didn't mind) :)

I had a lot of fun arranging them and seeing what I could get them to do. I especially liked being able to make them hold hands. :) I am sure that at some point in their futures, they won't like seeing these pictures of them snuggling so close together, but I couldn't resist. :) And from being a twin myself, I can say that there is no other friendship like the one that twins share. Sure we fight, but we forgive and forget faster than most any other siblings do. :)

All in all, I had SO much fun working with them!! They barely cried, but I have to say that after spending a few hours with them, I noticed that Logan is a loud sleeper and Landon is a little wiggler. :)

I am excited to see them grow up and see the ways that they are alike and also all the ways they become unique individuals! I know that when I was younger, I wanted to be exactly like my twin sister. But as I got older, I had to realize and understand that I was unique and I had a lot to offer that only I could offer as a unique individual.

Aren't these two so precious!! It was such a blessing to me to get to photograph and cuddle with these two awesome little guys!! :) Congratulations Scott and Barb!! :)
Posted by Rachel Wilhelm Photography at 10:20:00 AM No comments:
Email ThisBlogThis!Share to TwitterShare to FacebookShare to Pinterest
Labels: babies, FortWaynePhotographer, newborn, photography, RachelWilhelmPhotography, twins

I seriously love this family so much!! They are a little quirky, but that just makes them all the more interesting!! I was so excited when they asked me to do family pictures for them!! They are getting ready to go back to being missionaries in Papua New Guinea. But this time, it will just be three of them. Josiah, their son, is going to start college in a couple weeks at Moody Bible Institute! Your prayers are always appreciated that they will continue to have the financial support they need and as always for their health and safety as they minister to the people over there. Phil teaches at the Ukarumpa International School, Pamela is a receptionist at the medical clinic, and Ella will be attending Ukarumpa International School. They are serving there in association with Wycliffe Bible Translators. :) 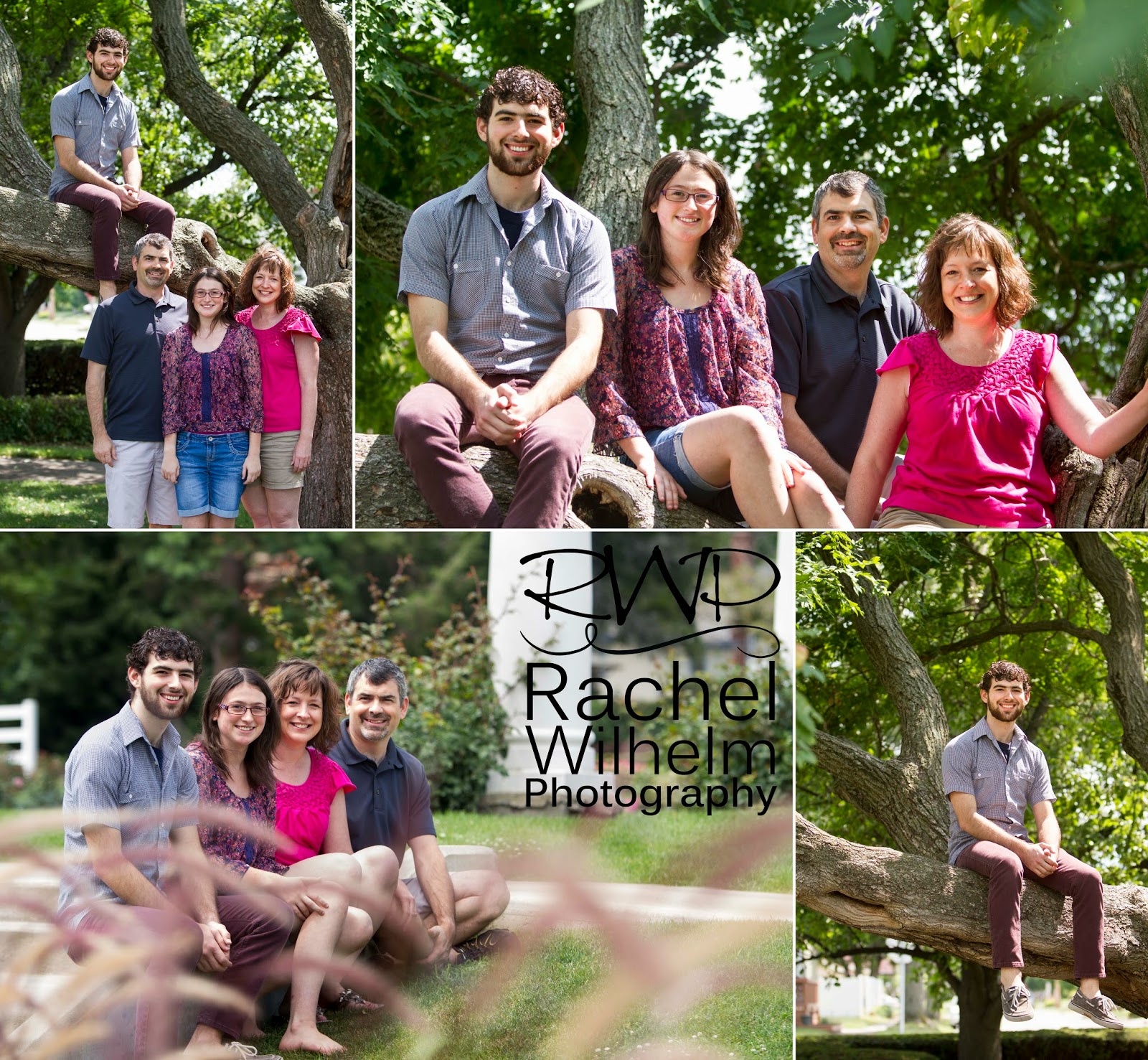 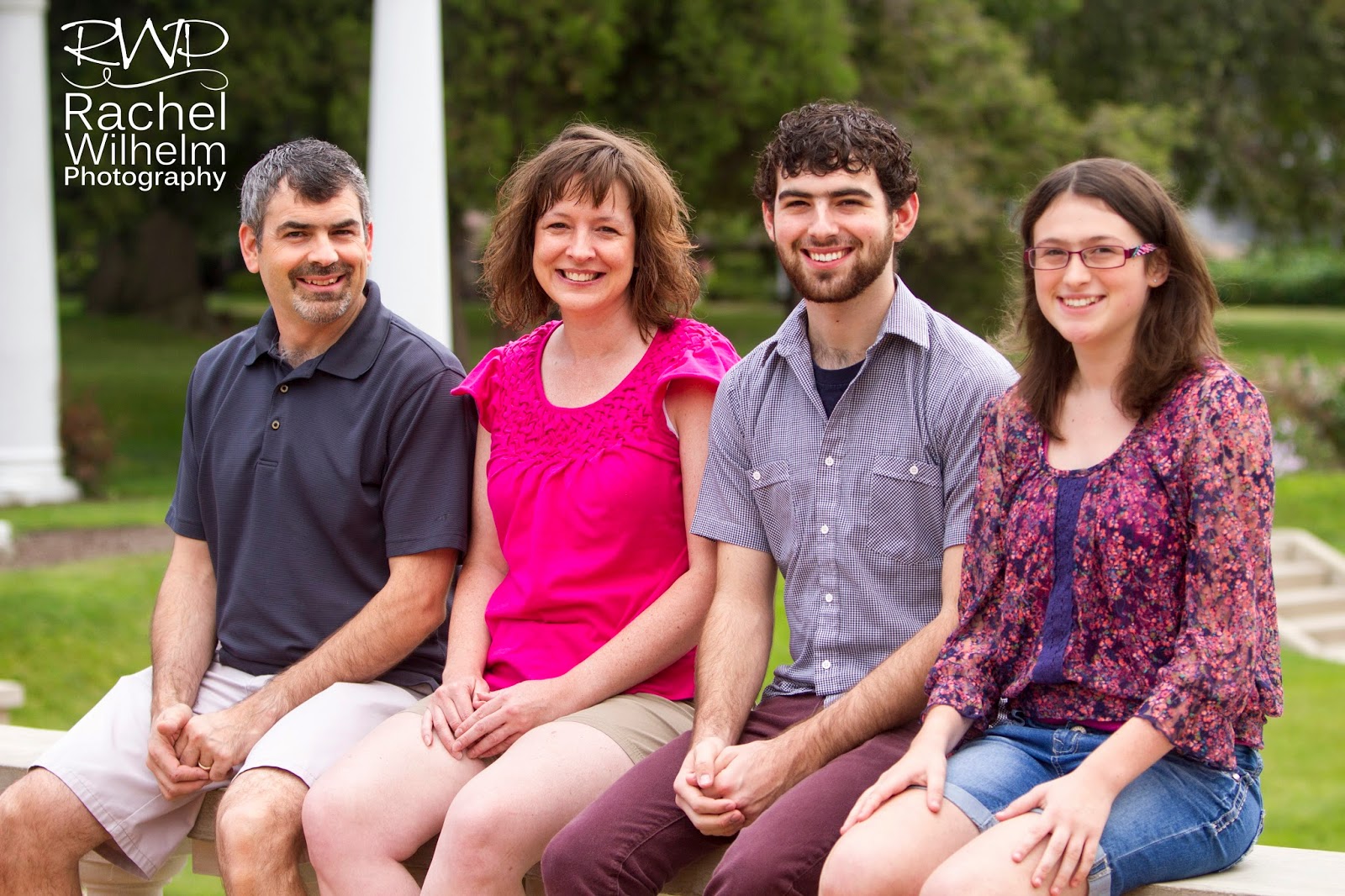 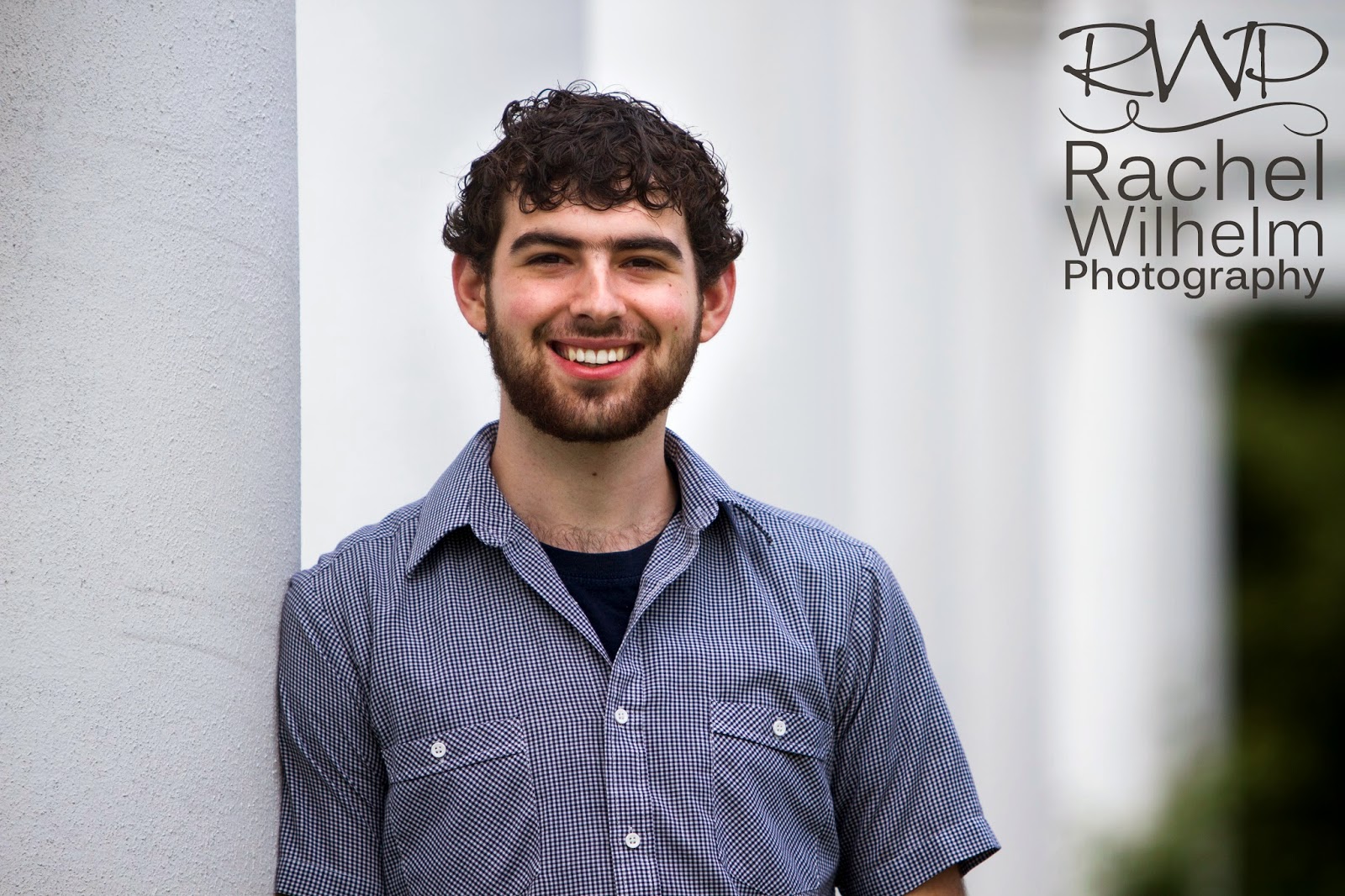 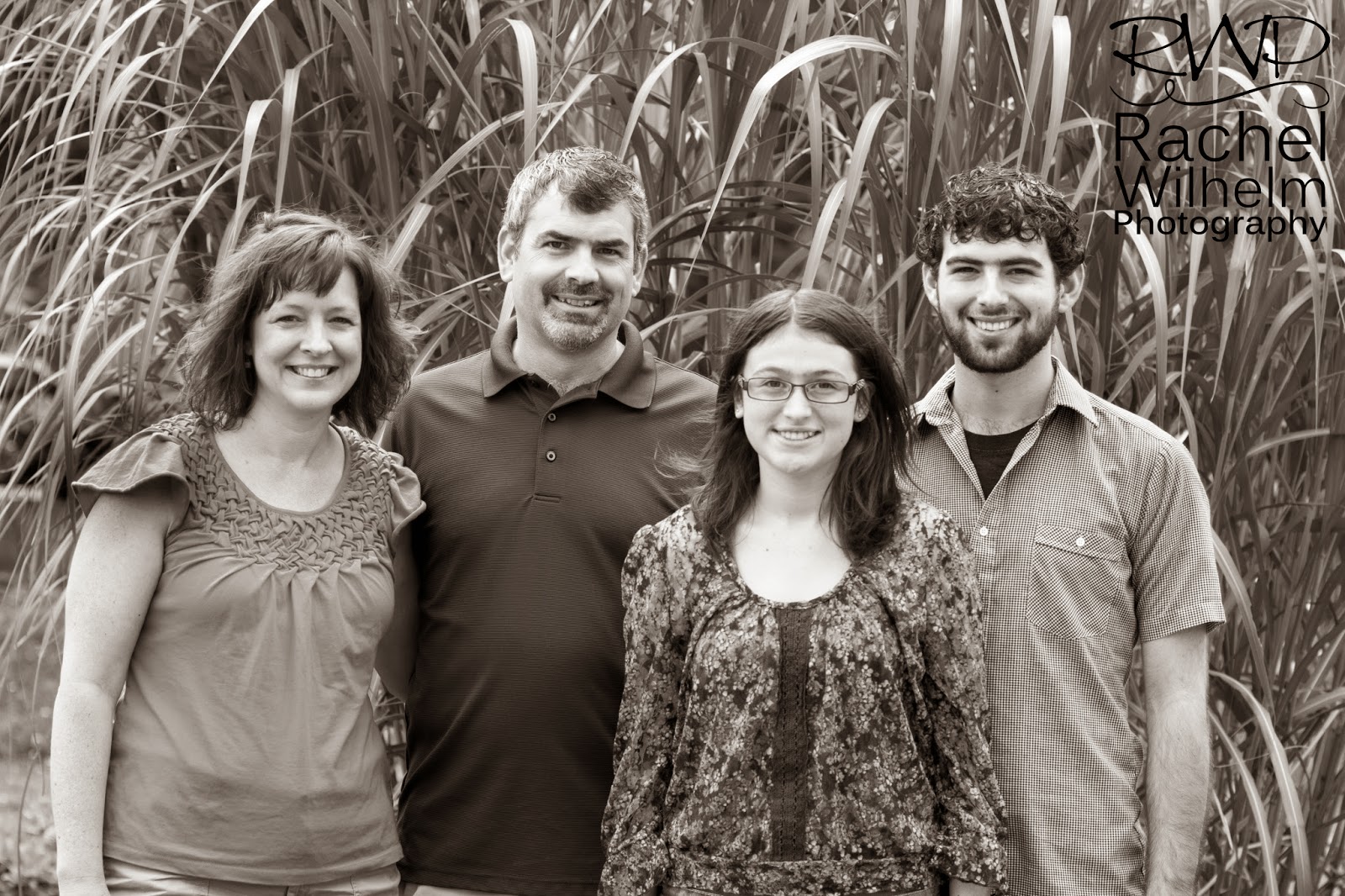 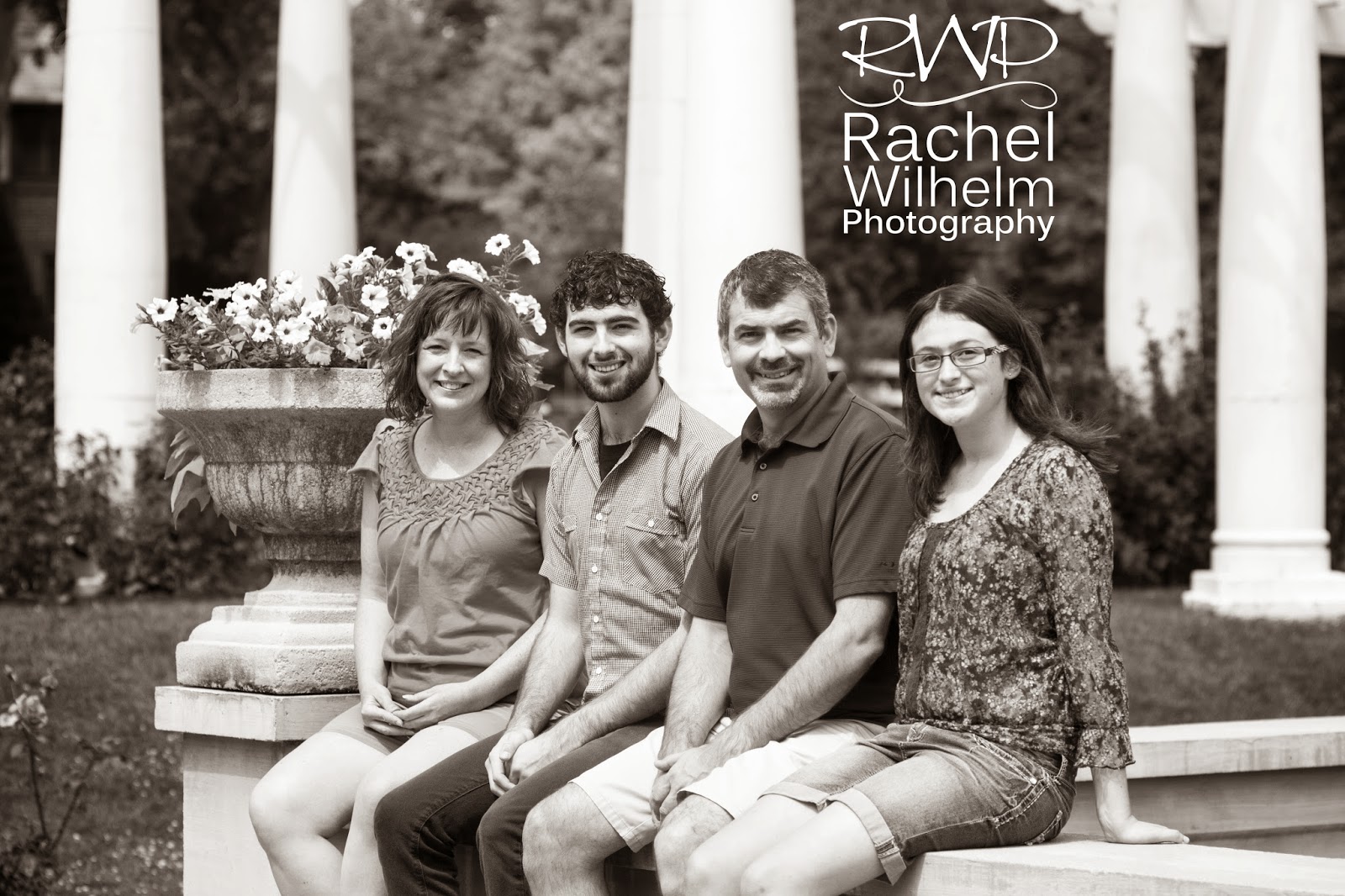 We had a fun photo shoot! We took pictures at Lakeside Park which is so beautiful this time of year! There were a couple of times that I was nervous about how close I was to the water, but I made sure that once I got myself in position, I didn’t move back at all. :) I was getting some pictures of Josiah by himself when I saw this awesome tree that seemed perfect for him to climb into. I asked him if he was willing and before I knew it, he was already in the tree. And then after I got some pictures of just him, I was impressed that the rest of his family were all willing to climb into the tree to join him for some pictures! They are seriously all so awesome!! I hope you will join me in praying for them!! And if you are interested in supporting them, you can visit www.wycliffe.org/give. :)
Posted by Rachel Wilhelm Photography at 10:04:00 AM No comments:
Email ThisBlogThis!Share to TwitterShare to FacebookShare to Pinterest
Labels: family, FortWaynePhotographer, photography, RachelWilhelmPhotography
Newer Posts Older Posts Home
Subscribe to: Posts (Atom)