Hannah is graduating!! Ahhh!! Where has the time gone?!?! I can't believe how much she has grown up over the years! I will never forget the opportunity I had to help teach a middle school girl's sunday school class that Hannah was in. And now she is graduating TODAY!! This seems unreal!

Hannah has always been one of the most laid back and easy going kids I have ever known! She does her own thing and she does it well!! I am gonna miss her SOOO much!!

These are some of my favorite pictures from our shoot, but honestly, I had a very difficult time picking because she is so gorgeous in all of them!! :) 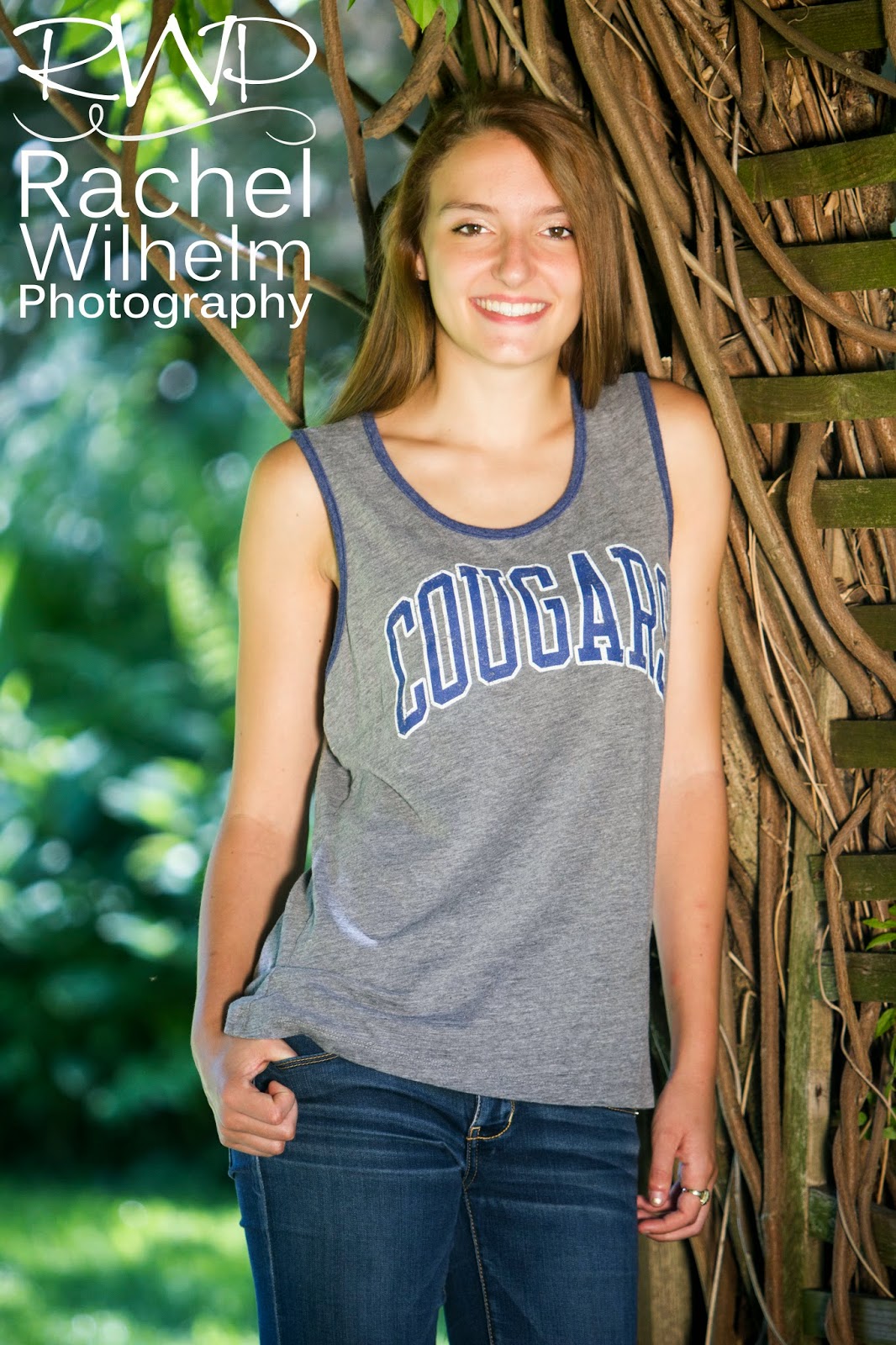 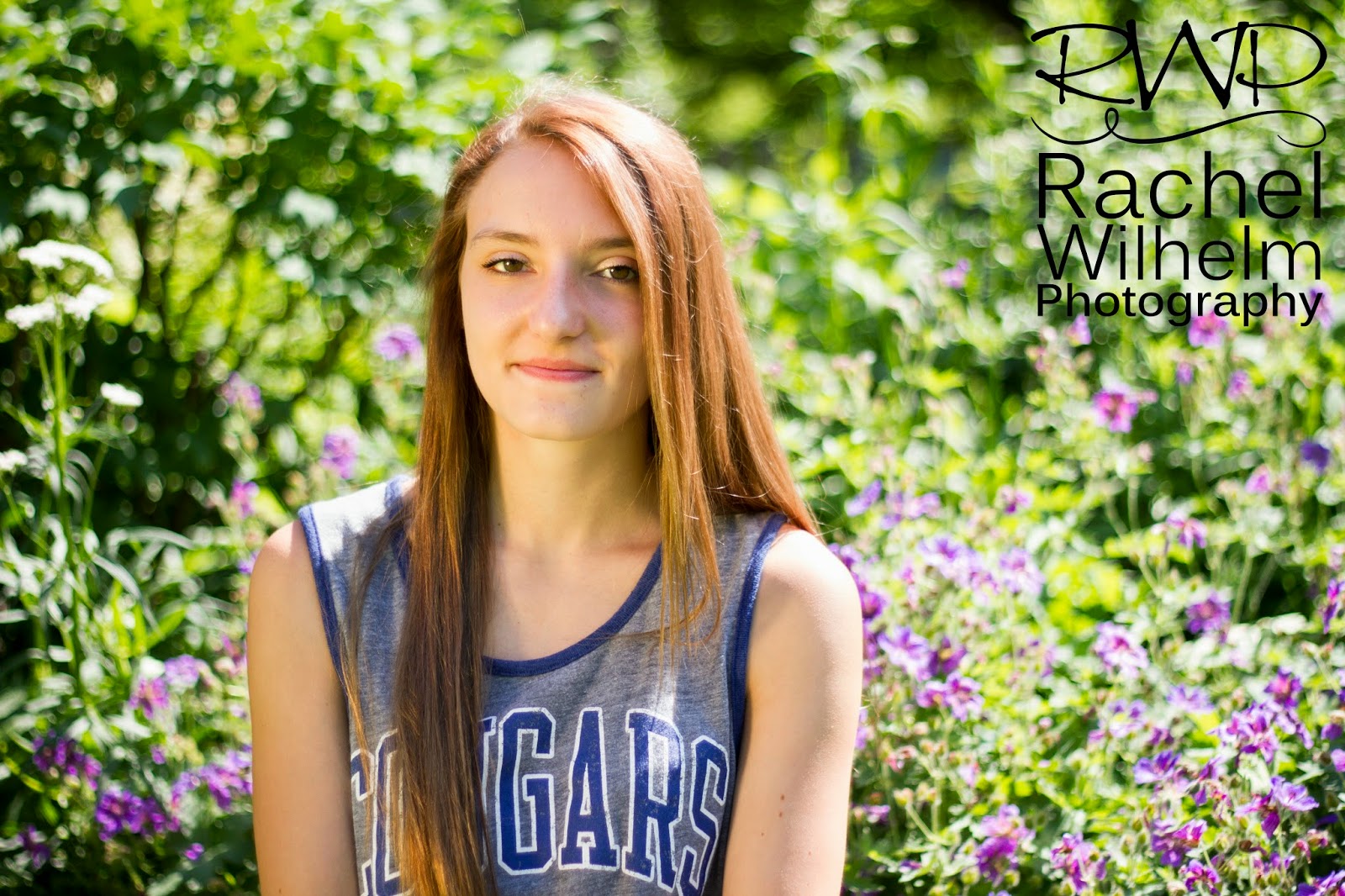 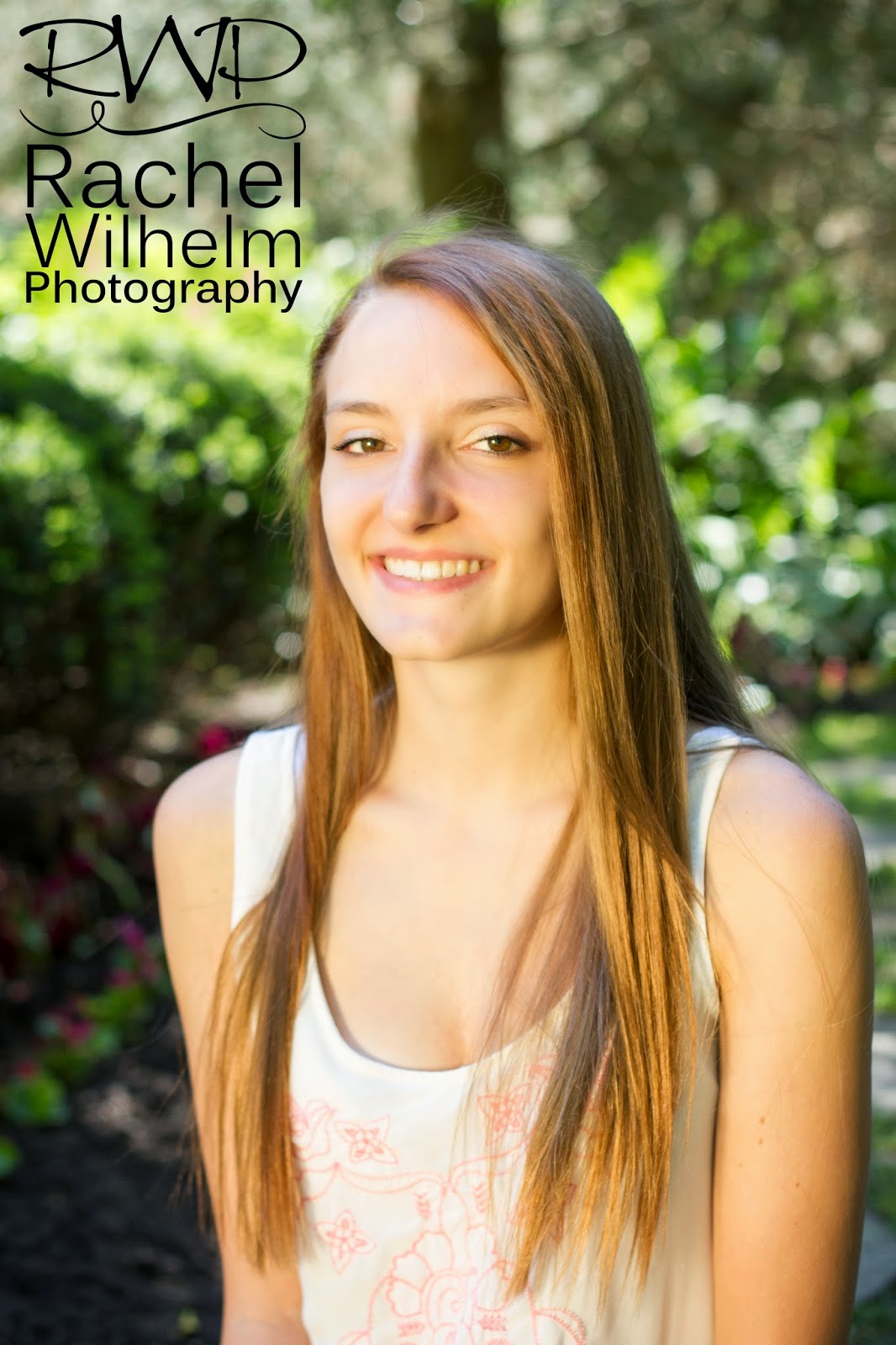 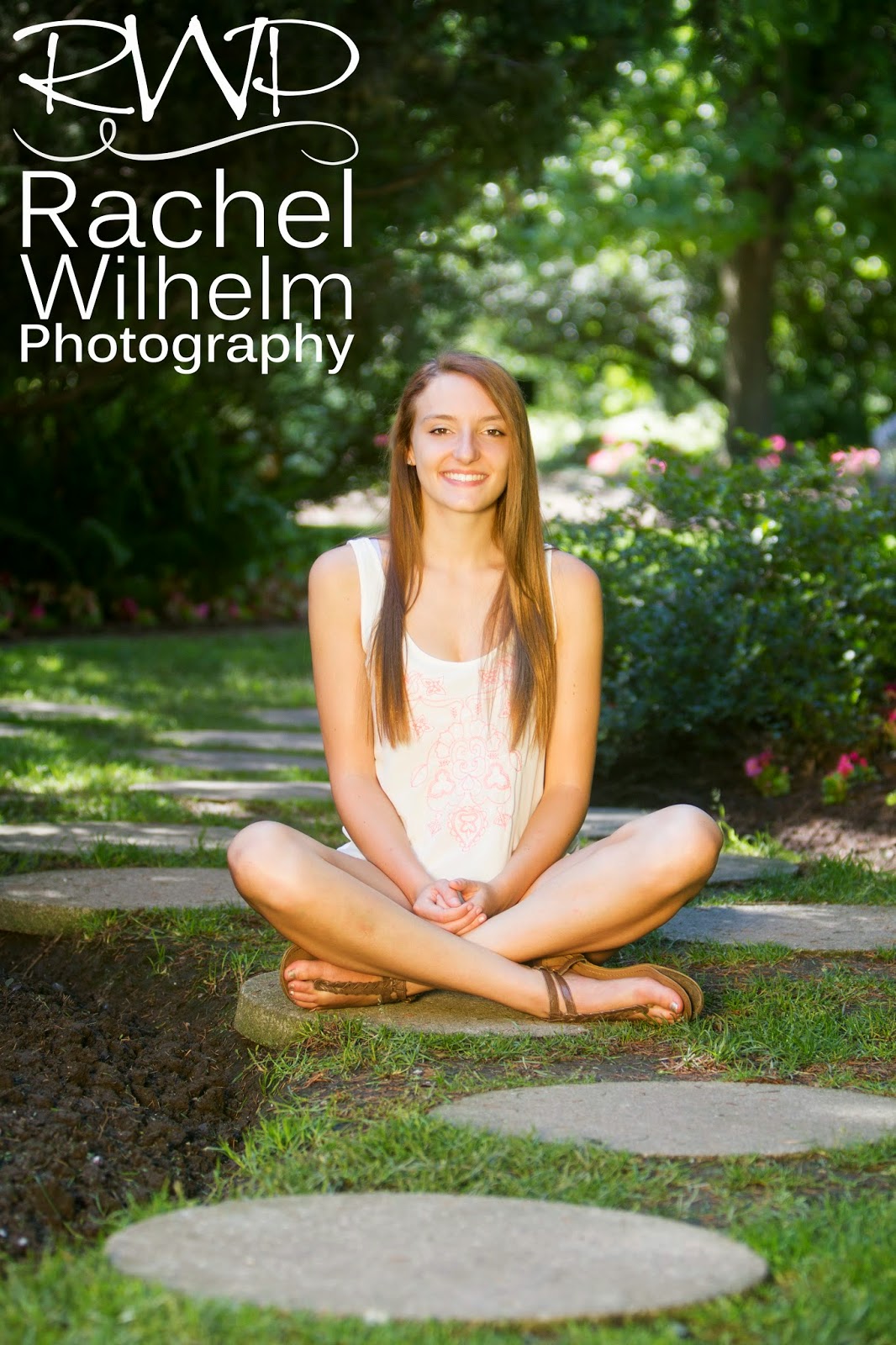 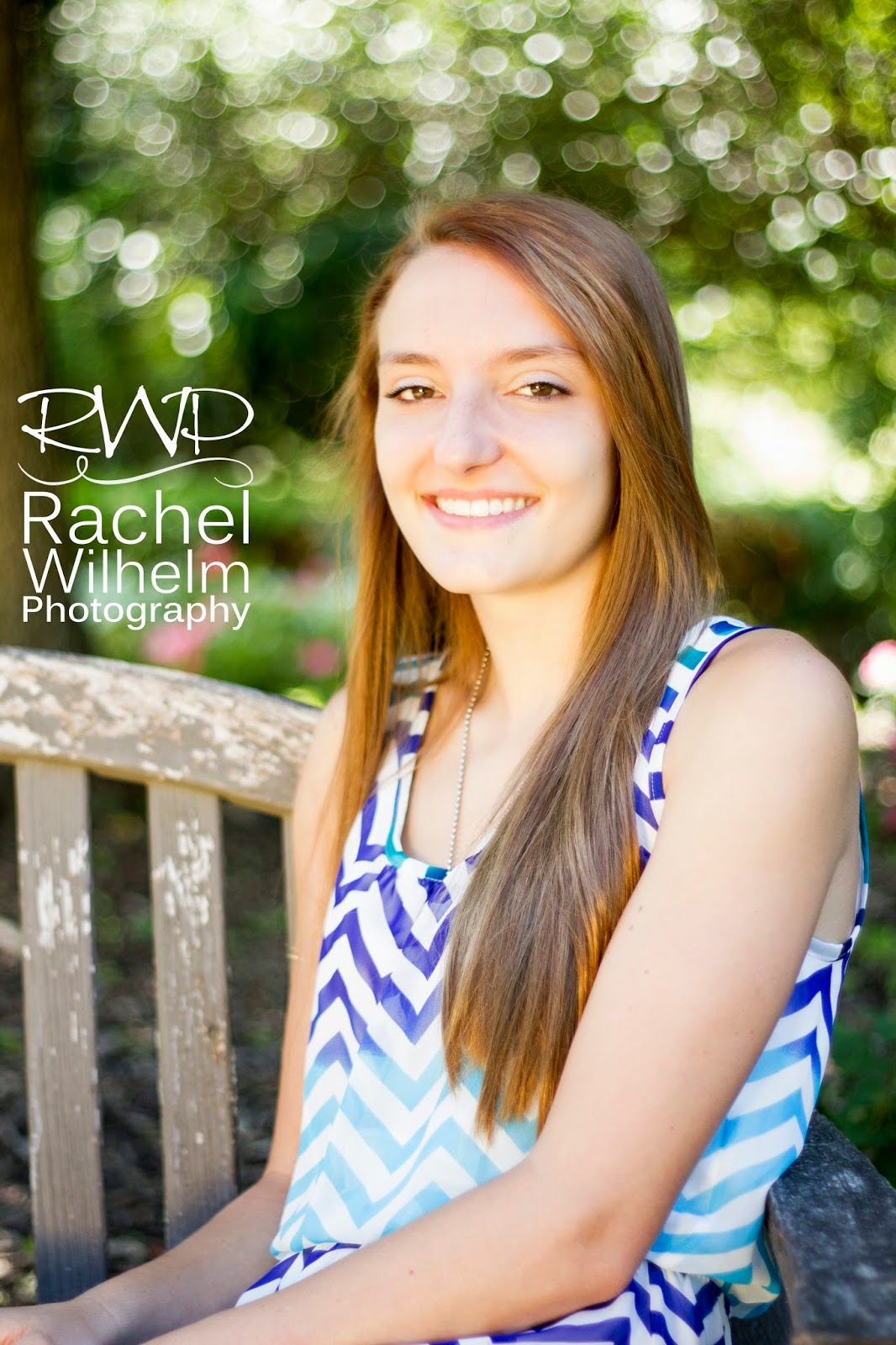 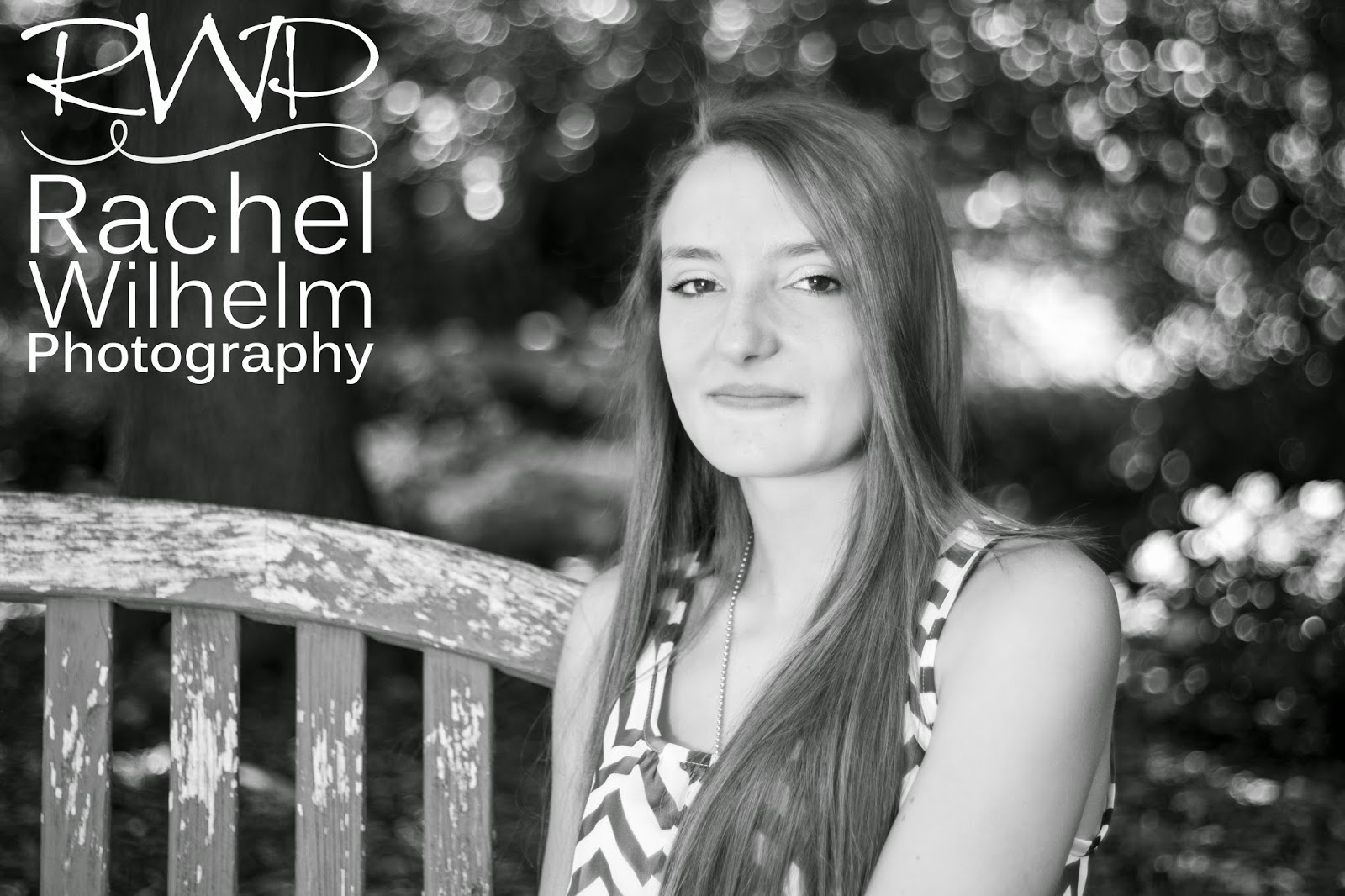 I was so blessed to be able to photograph this beautiful young woman!!

I am SOOOO PROUD of you Hannah! And I am so excited for your future!!! You are an amazing young woman!!! :)
Posted by Rachel Wilhelm Photography at 3:20:00 PM No comments:
Email ThisBlogThis!Share to TwitterShare to FacebookShare to Pinterest
Labels: FortWaynePhotographer, high school senior, photography, RachelWilhelmPhotography

This was an especially difficult photo shoot for me because I have known Josh for basically his whole life, and it is so hard for me to accept that he is graduating! I had SO much fun taking his pictures! We started out at the beautiful Botanical Conservatory. We stopped in the butterfly area first, but unfortunately, none of the butterflies would get close to Josh. (I had one land on the back of my leg!) So we moved along to explore everything else. We had so much fun in the first room. We took a lot of pictures at the top of the waterfall because it was just so awesome being so high up! He told me it is his favorite place in the gardens and I would say it’s mine too. :) 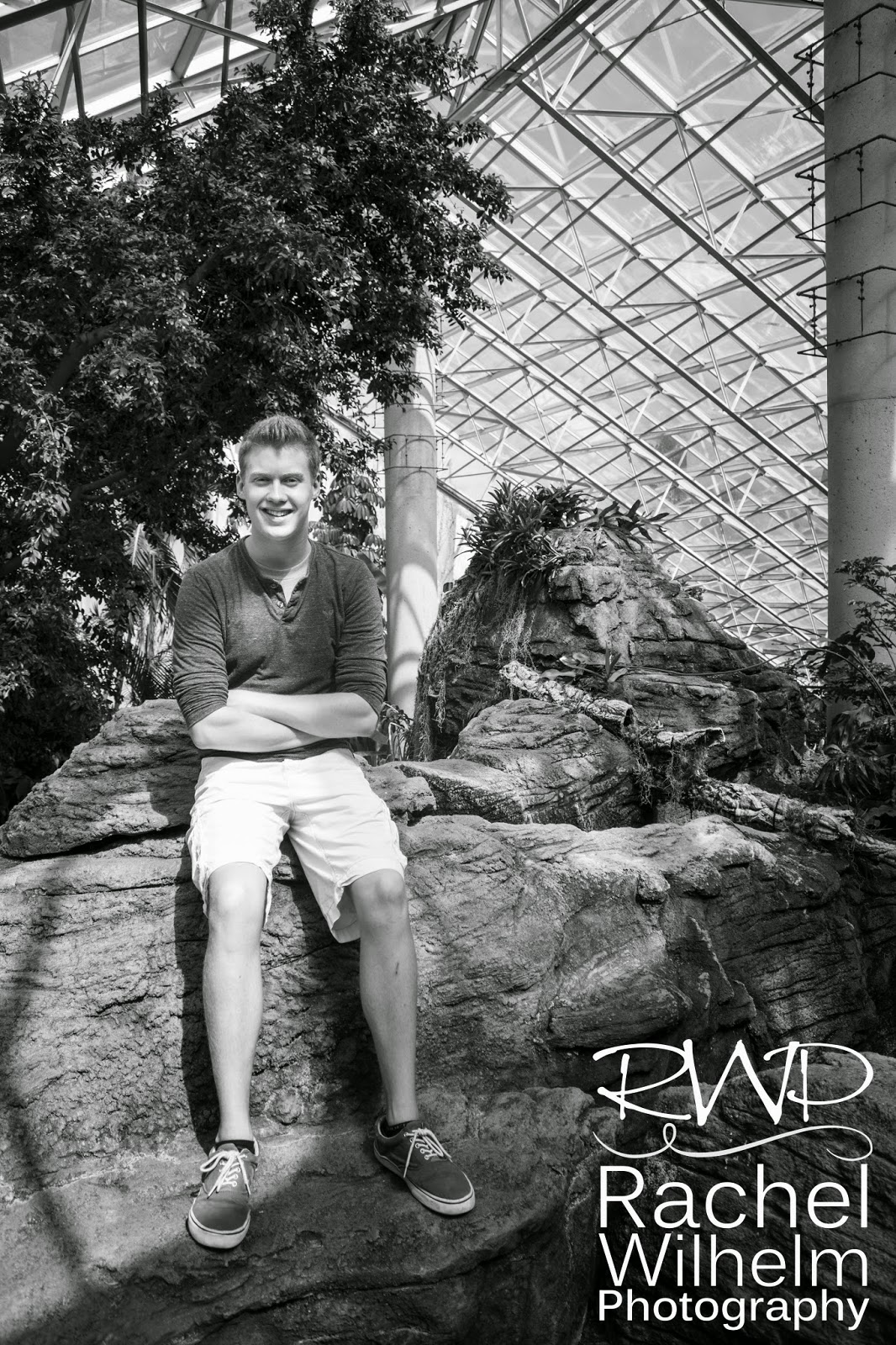 We went through every room in the Conservatory and they kept getting progressively hotter, so we didn’t spend very long in the dessert room which is the last room. We only went into the entrance of the room to get this shot. :) 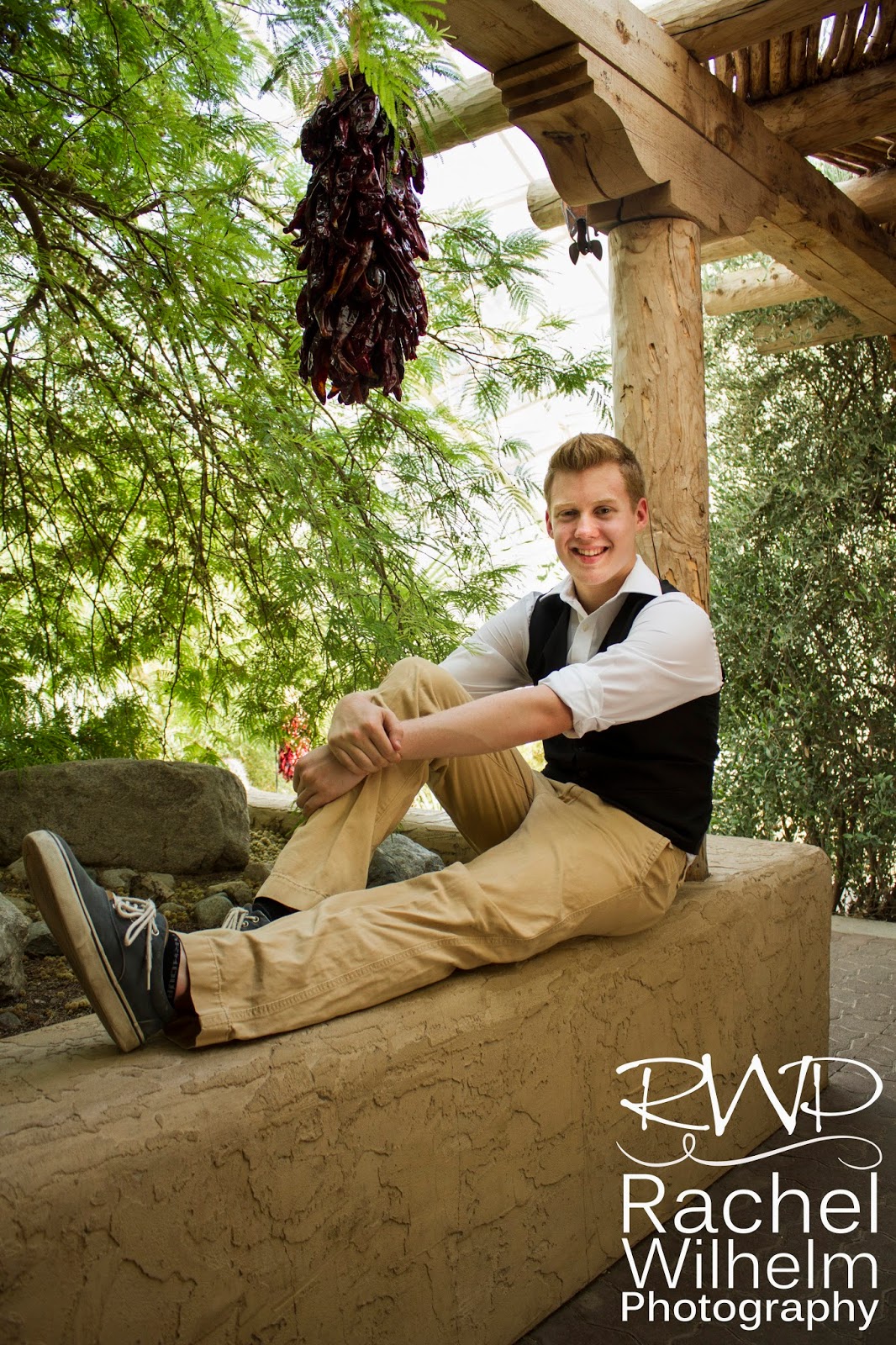 We left the Conservatory as they were closing and headed to South Side High School which is where Josh will be graduating from on Saturday!! I was very impressed with the architecture of the building. It has so much character in the pillars, the bricks, the ivy, and the fountain with the quote inscribed above it. I wanted to capture the beauty and the history of this great school so that Josh could always remember it. 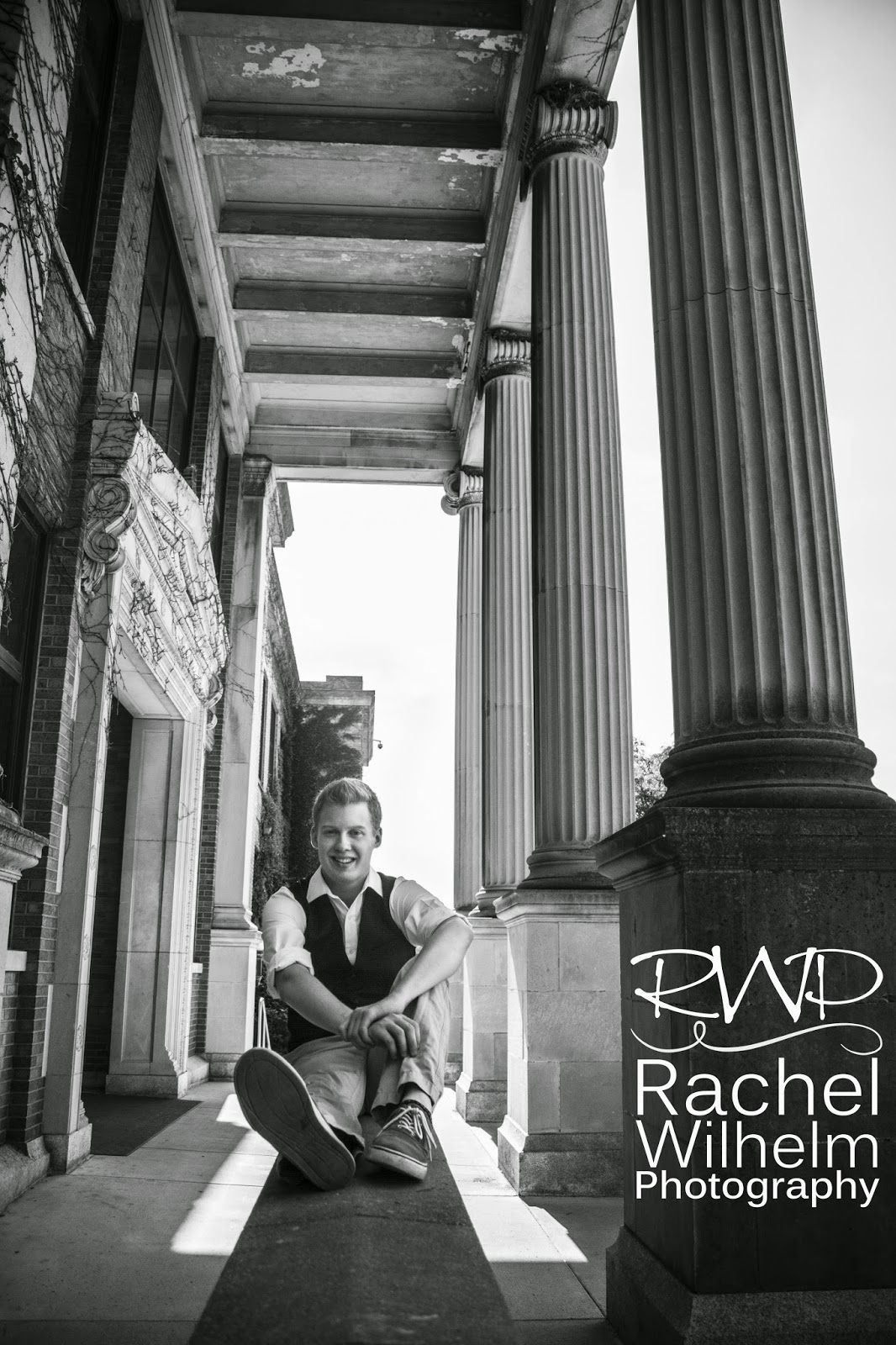 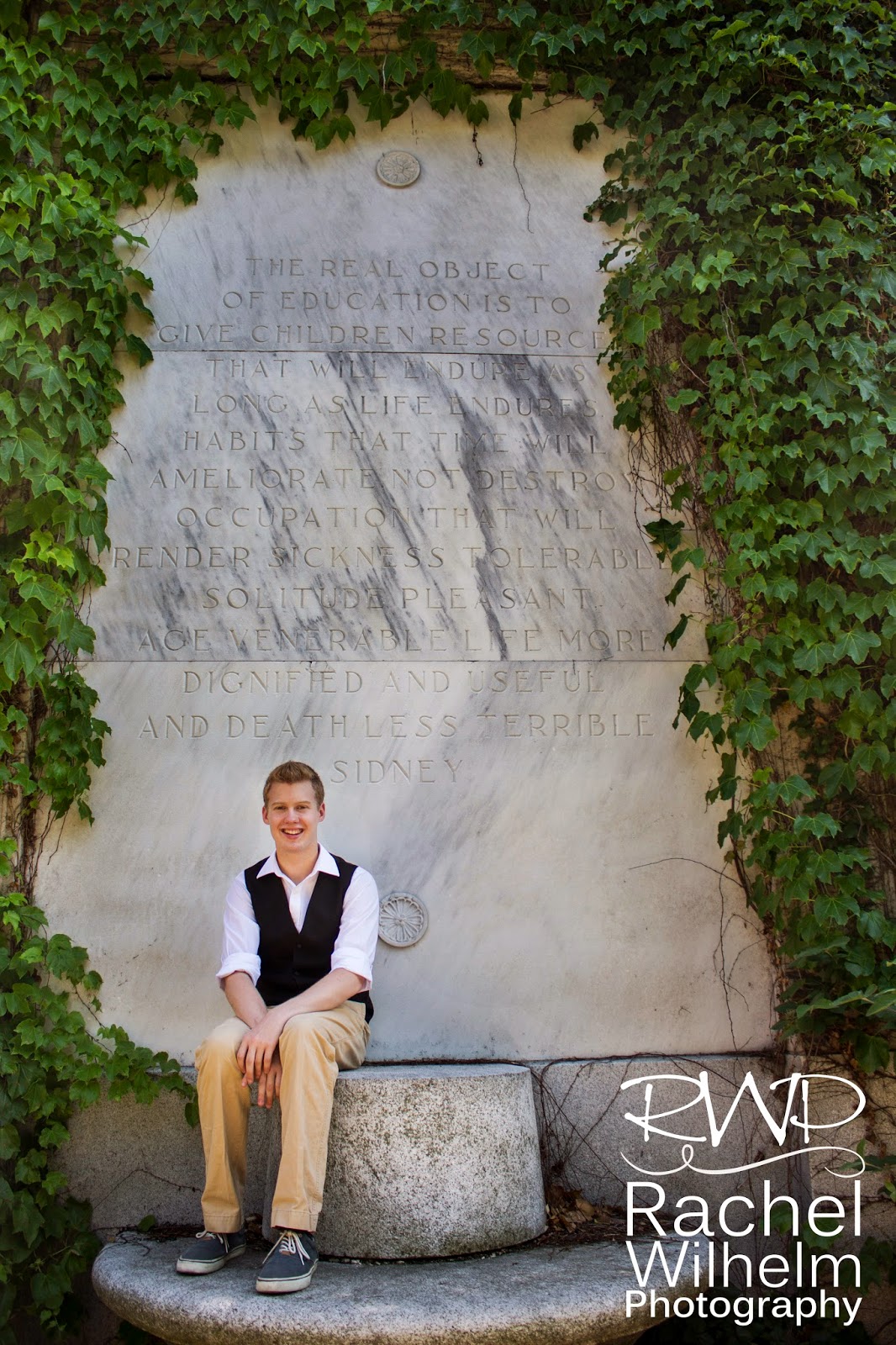 As we were getting close to finishing up our photo shoot, Josh wanted the last pictures to be of him in his cap, gown, and cords. I think that is probably when it really sunk in for me that this guy is graduating!! I will always remember when I used to be taller than him, and I will never forget those two or three months when he suddenly became half a foot taller than me. :) I highly doubt that I will ever witness anyone else have such a dramatic growth spurt in such a very short amount of time! 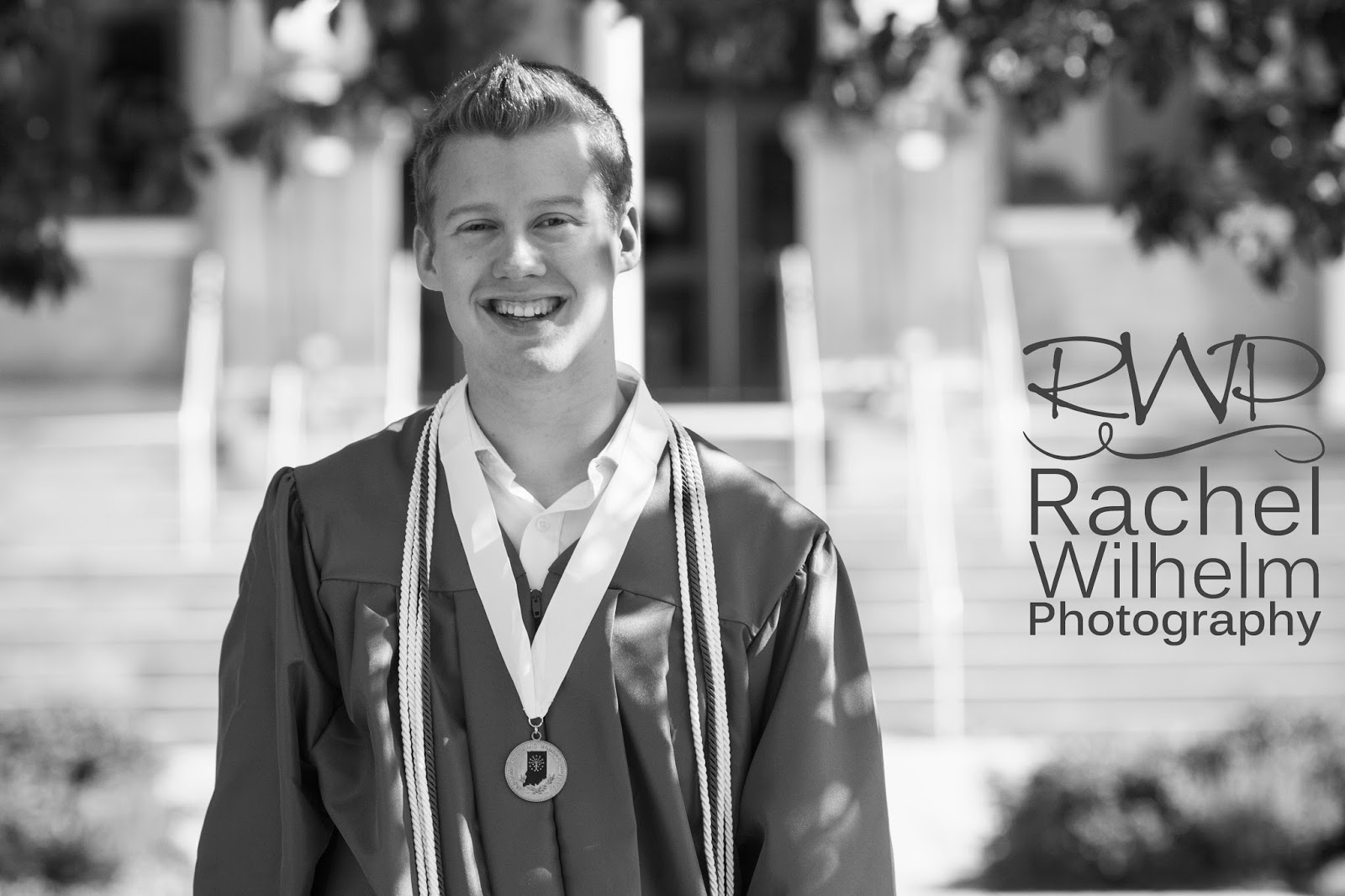 Josh, I am SOOOOO PROUD of you!! It was such a joy and an honor for me to take your senior pictures!! 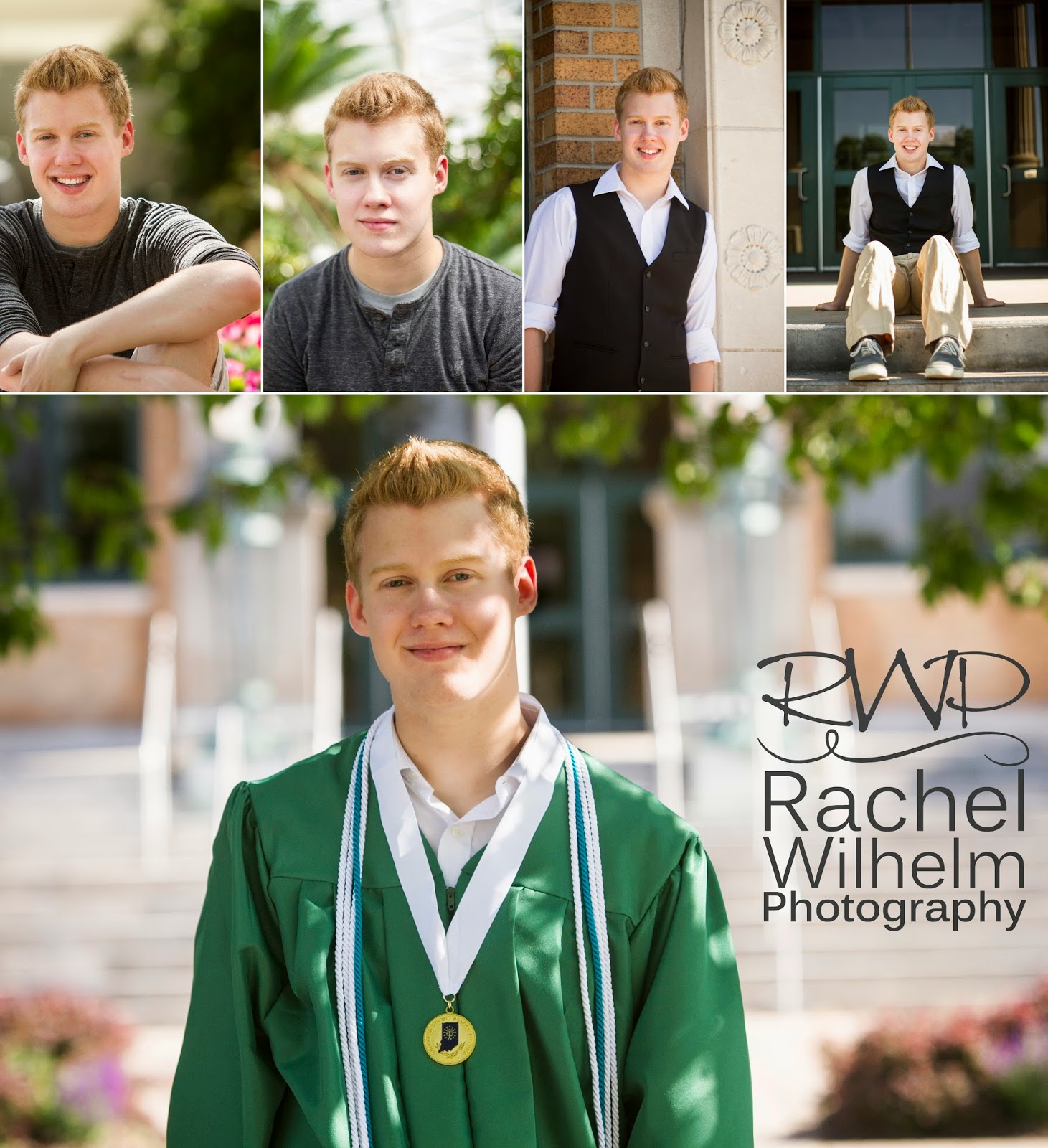 I had the honor of photographing this handsome little guy!!! He melts my heart with his cuteness!! He was such a trooper with everything his mom and I put him through!! :) He managed to be comfortable enough in every position we put him in that he just fell asleep. :) I don't know what he was dreaming about, but the little smiles that popped up occasionally were SO ADORABLE!! :)

And I have to talk about that hat!! That amazing little hat was handmade for him by Vicci's Little Critters. If you haven't heard of her, she is freakin AWESOME!! She mostly makes stuffed animals, but boy am I glad she decided to make this hat because it is TOO CUTE!!! You should probably check out her website: www.viccislitttlecritters.com or take a peek at her etsy store: https://www.etsy.com/shop/ViccisLittleCritters. :) 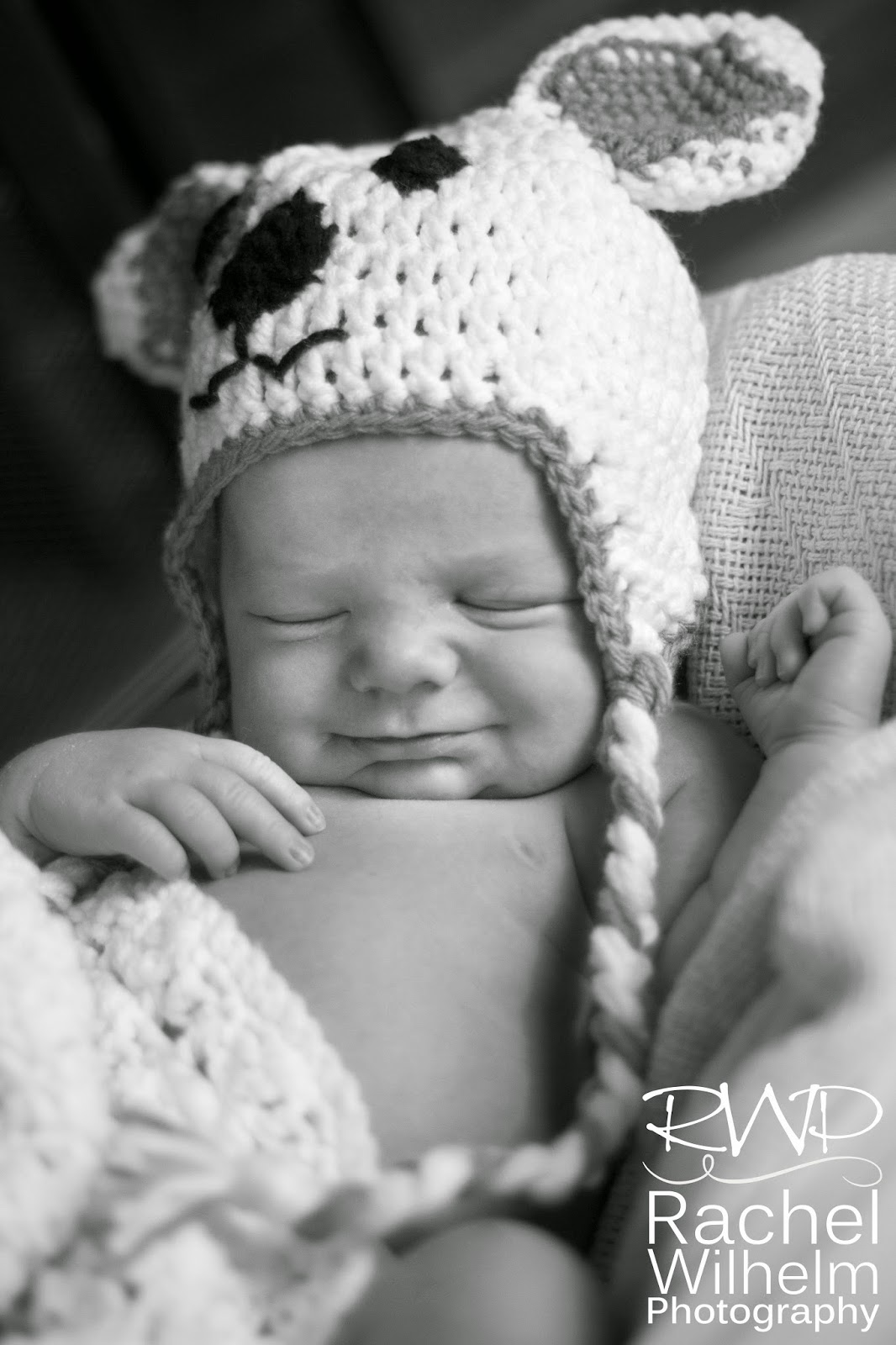 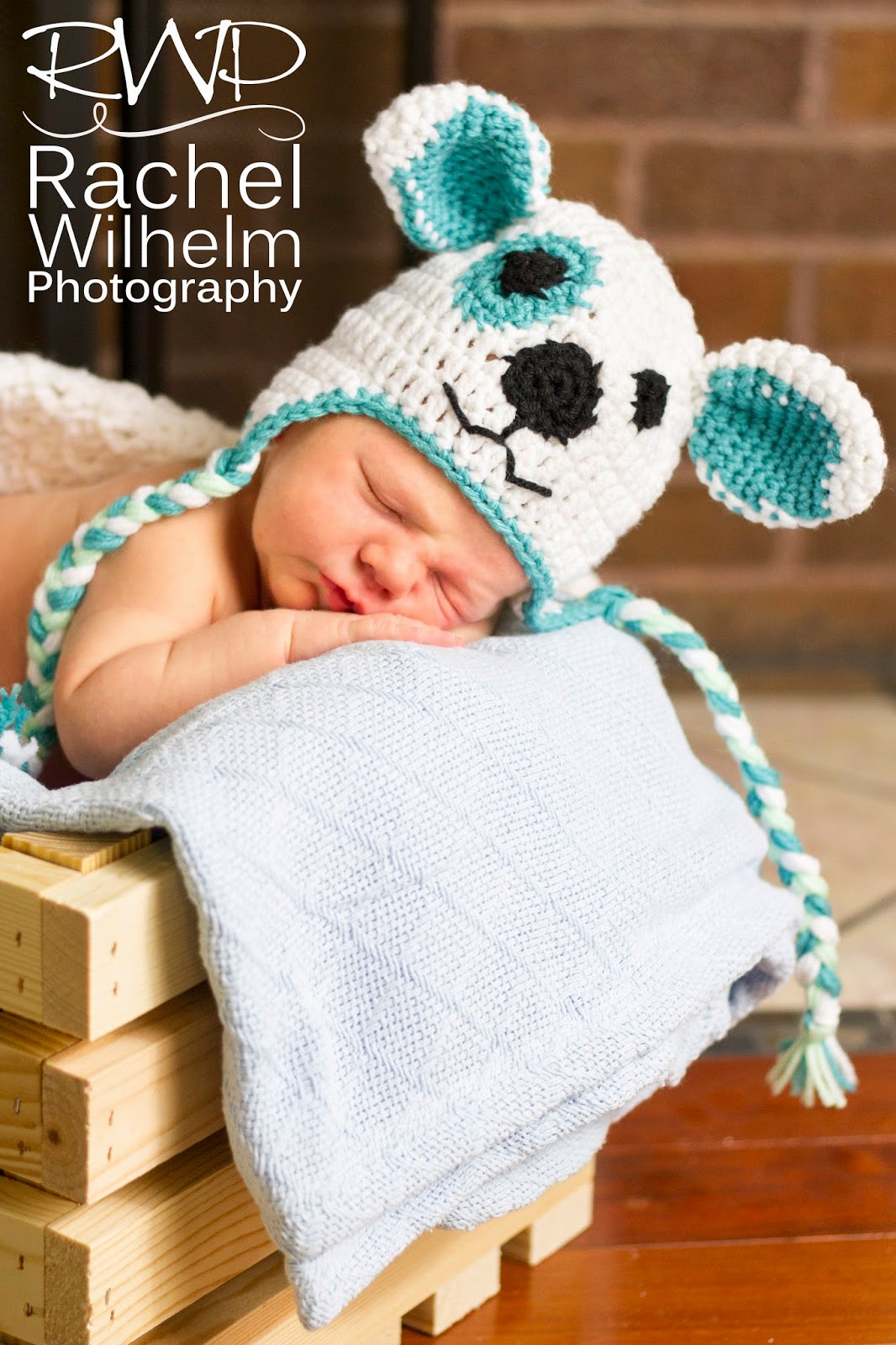 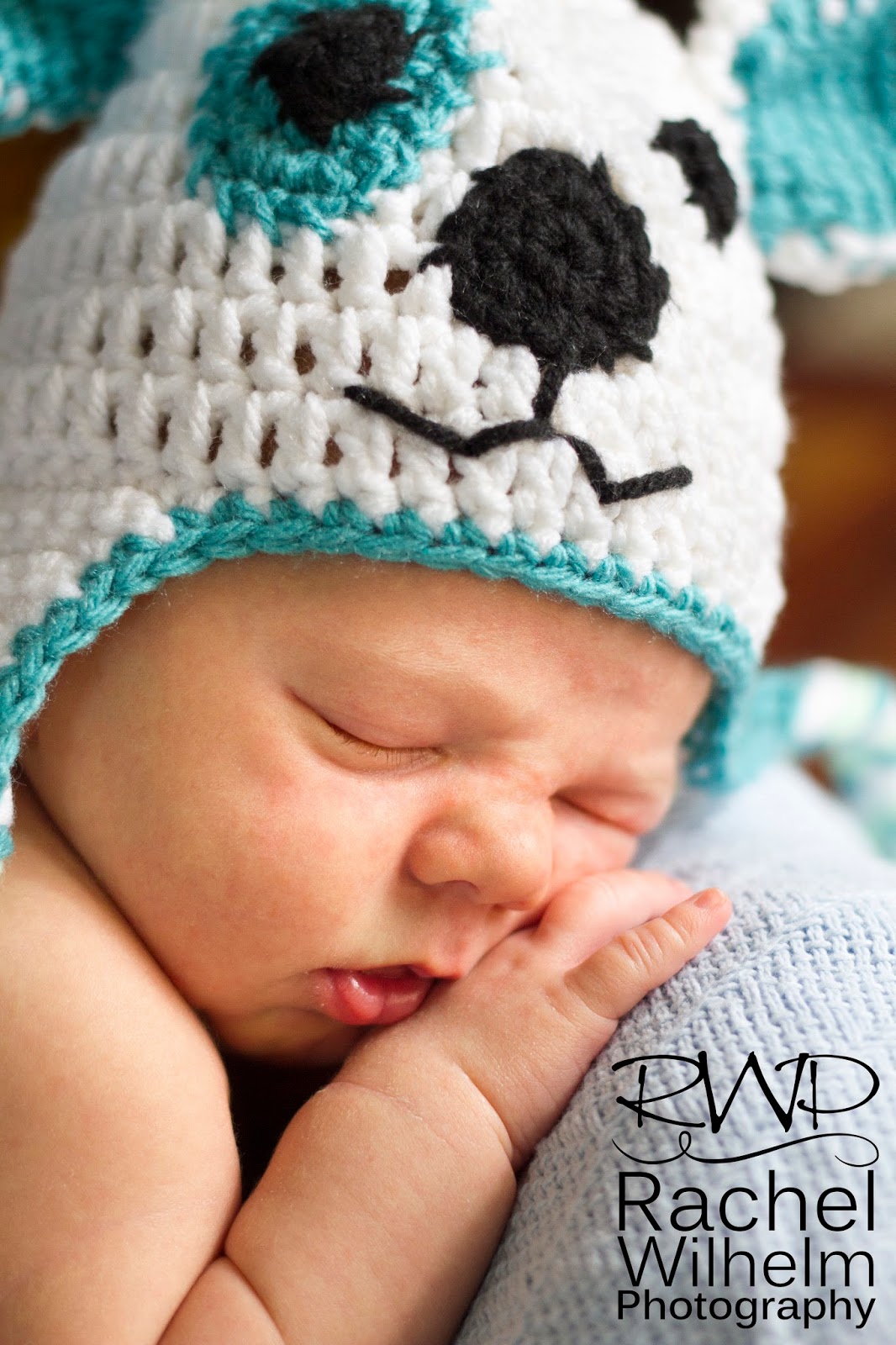 This bow tie was too big for Caleb, but he didn't seem to mind at all. He just kept napping in his basket. :) 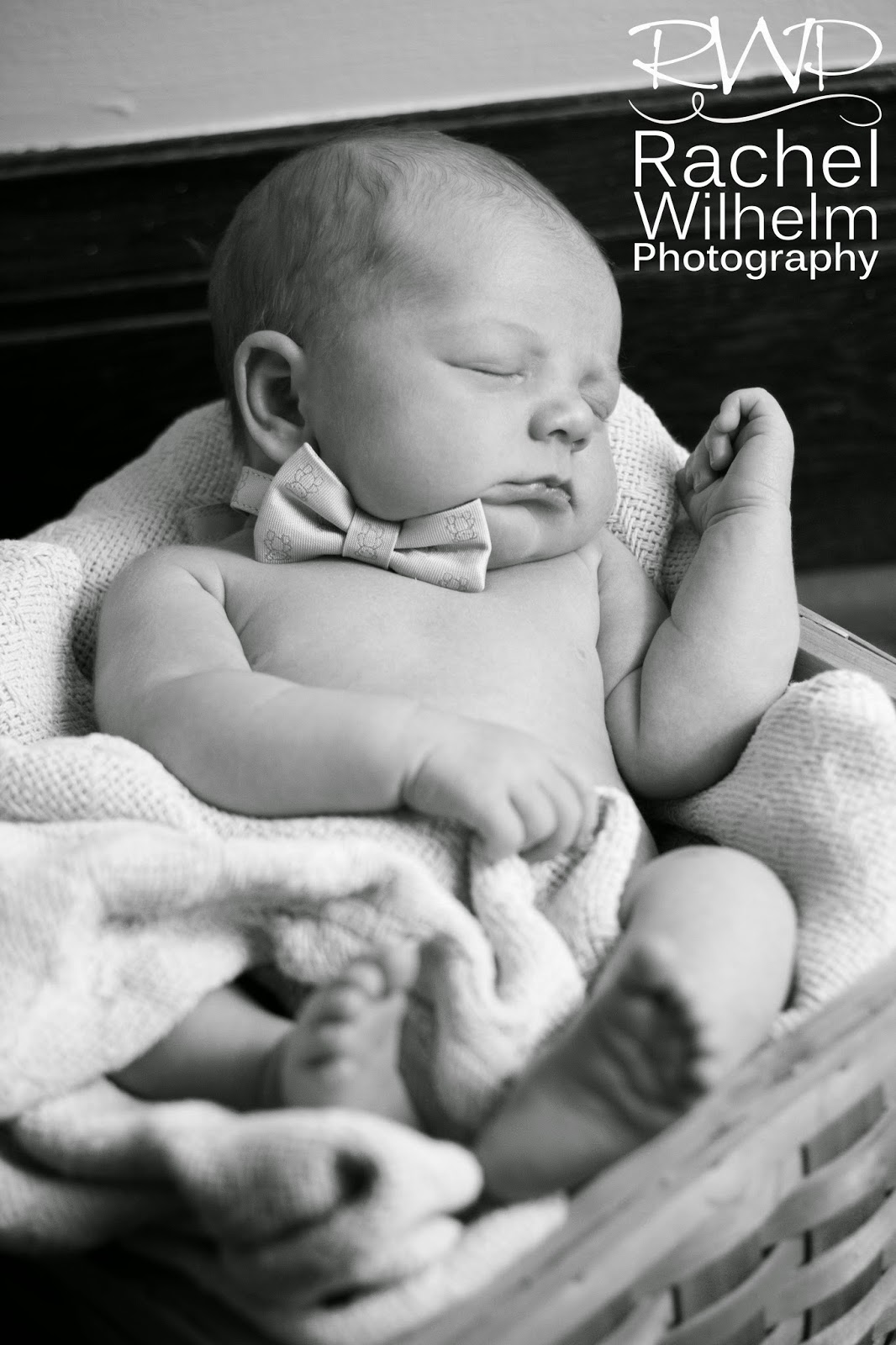 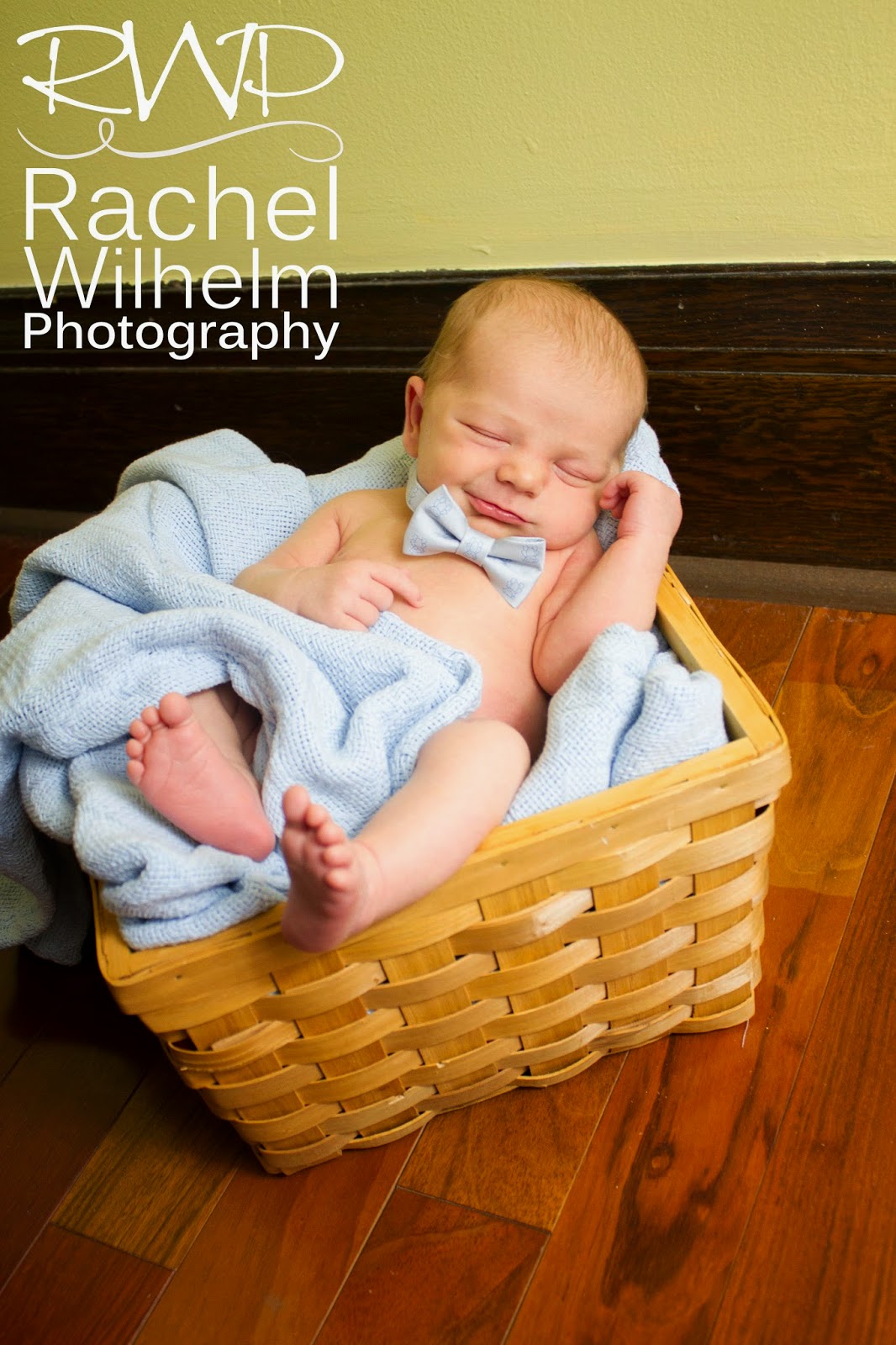 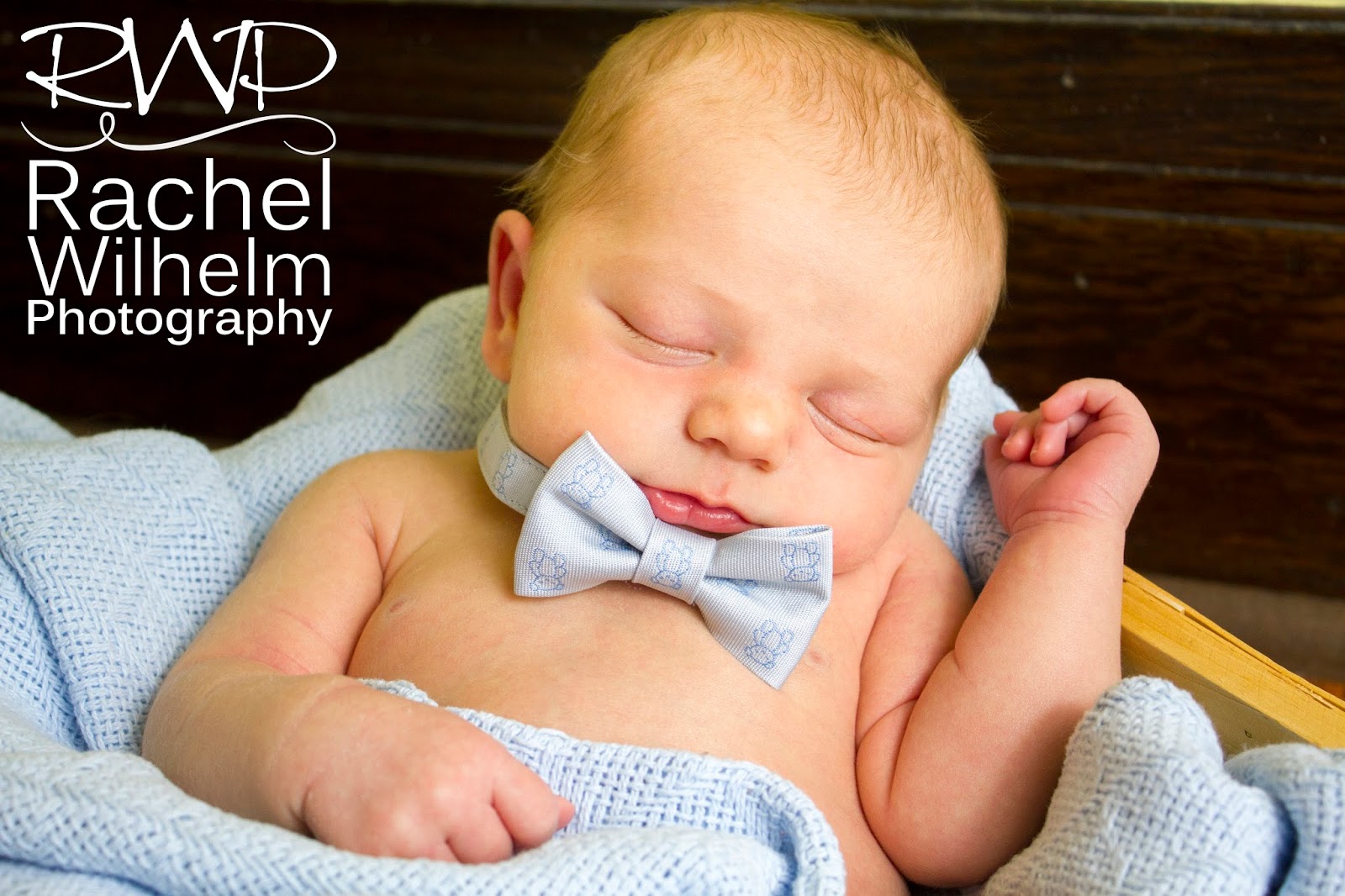 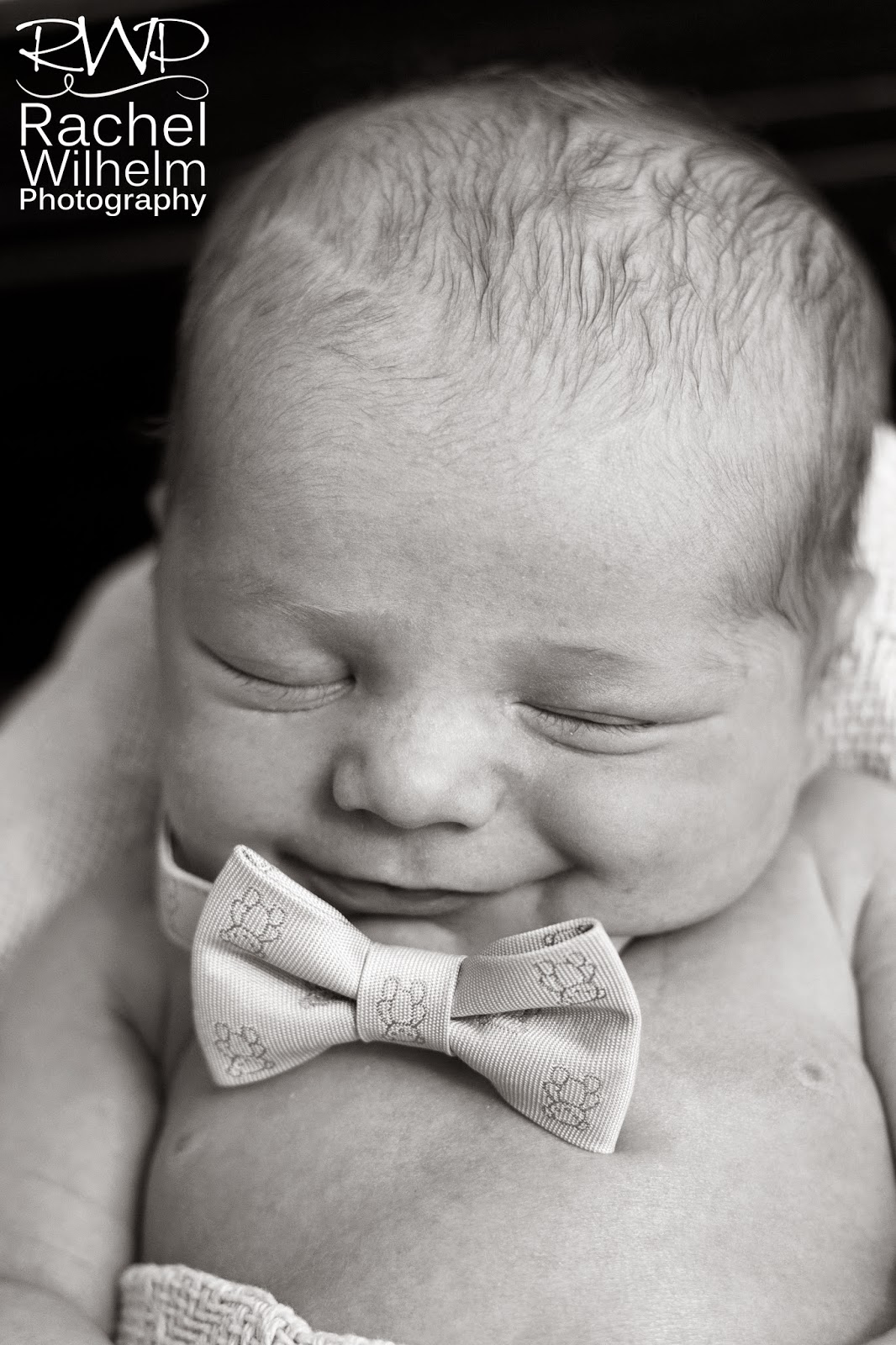 So I have to tell you the story behind this bookshelf. This was made by Caleb's father per a request by his mother. :) I already thought the bookshelf was awesome the instant I saw it, and now I think it is incredible that it was handmade!! At first I didn't think that we could get Caleb to fit in the cubby, let alone to stay without being held. But his mom and I were able to work together to make it safe for Caleb. I am sure glad we finally figured it out, because I don't think that will ever be happening again. :) 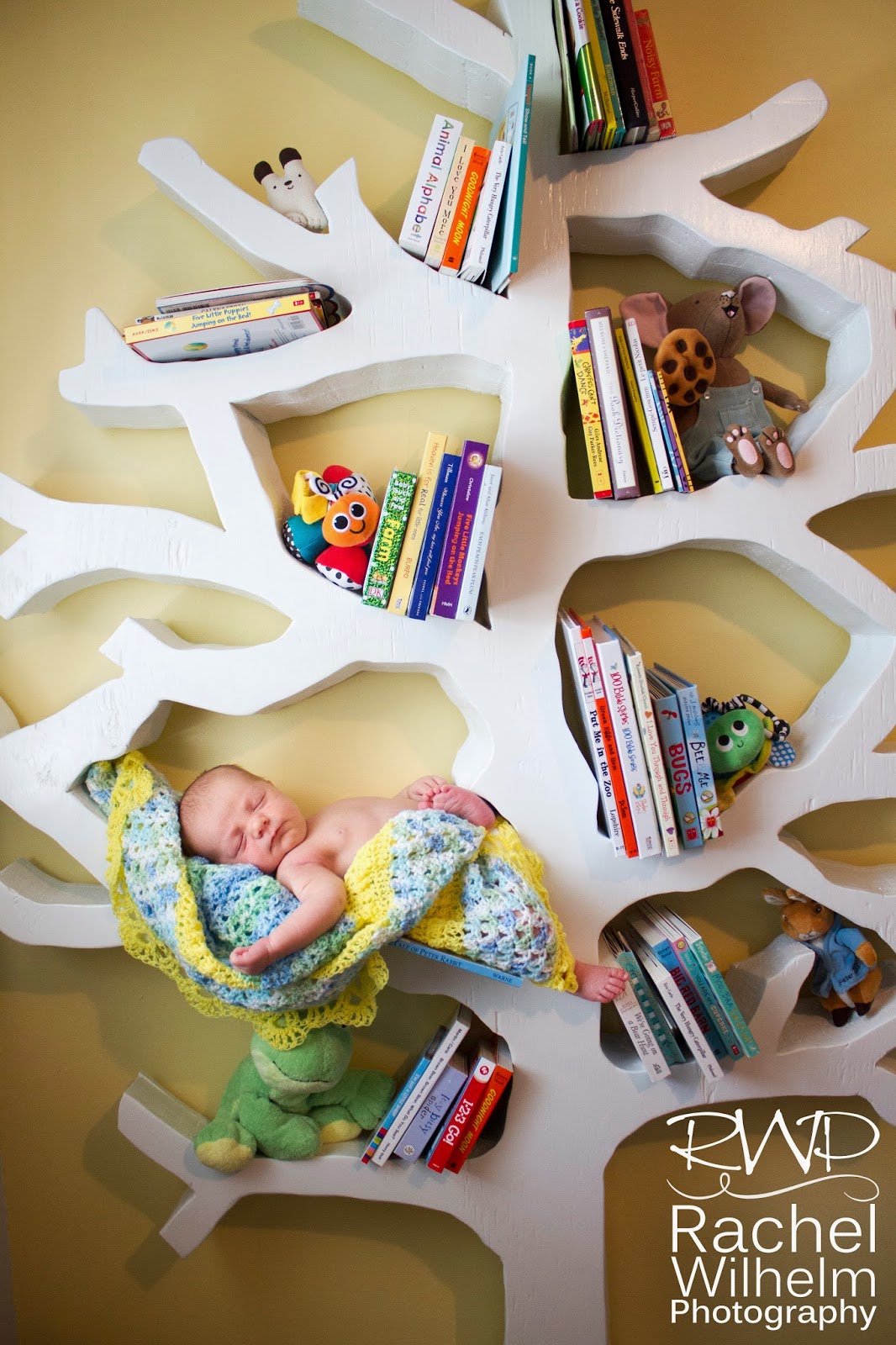 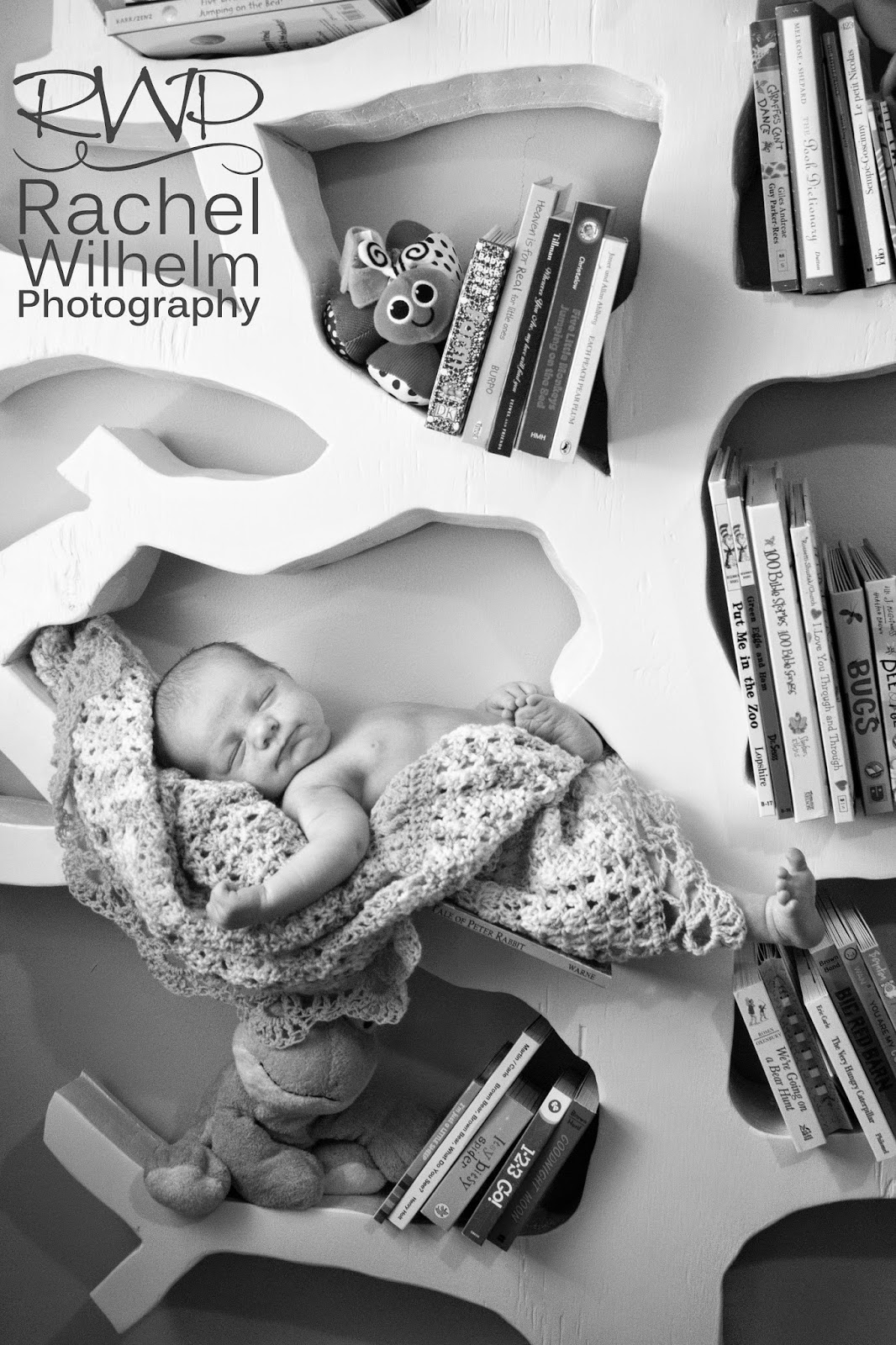 Caleb's dad, Jason, is in the Air Force. He actually got deployed one week before Caleb was born and he hasn't met his son yet. Pictures like these are all Jason has right now. I am so blessed to be able to help Jason get a chance to see and hold onto these fleeting little smiles or these adorable yawns from his son. :)

Thank you Jason for your service!! And CONGRATULATIONS on being a daddy for the first time!! :)
Posted by Rachel Wilhelm Photography at 3:04:00 PM No comments:
Email ThisBlogThis!Share to TwitterShare to FacebookShare to Pinterest
Labels: babies, FortWaynePhotographer, newborn, photography, RachelWilhelmPhotography
Newer Posts Older Posts Home
Subscribe to: Posts (Atom)